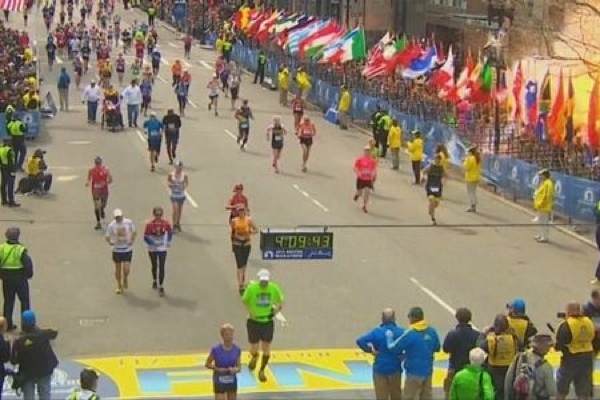 According to sources, the Russian government had intercepted a phone conversation between Tamerlan Tsarnaev and his mother that discussed Islamic jihad. This information would have made the FBI take a much needed look at the older brother, who in turn recruited his younger brother after visiting his homeland, Russia. The Russian government only shared this information after the bombings occurred. This all came to light when the inspector general did a review on how American agencies could have prevented the deadly bombing, which resulted in three dead and 264 injured.

An investigation into Tsarnaev’s activities in Russia, from multiple agencies, is currently on its way. Details so far suggest that Tsarnaev was not a radical Muslim prior to his visit in Russia. He had contact with a relative, who is currently in custody in Russia. The relative is a prominent Islamist leader and member. This begs the question if  Tsarnaev had been radicalized by members of his own family while in Russia. It is apparent that Tsarnaev sought out Islamic extremists, and had been flagged as a potential recruit within the region’s leaders. Russian authorities are investigating Tsarnaev’s movements and interactions while he was in his homeland. An official from a federal agency in Russia stated they had filmed Tsarnaev during his visits to Makhachkala mosque, whose members are tied to a more radical Islamic faction. It has also been reported that Tsarnaev was seen on numerous occasions with a suspected militant, Mahmoud Mansur Nidal. Nidal was killed in a counter-terrorism raid shortly after Tsarnaev departed from Russia.

The focus of the investigation, for authorities, is on the time Tsarnaev spent with a family member. Magomed Kartashov, who is the founder of a group called the Union of the Just, is a cousin of Tsarnaev. It is not clear as to what the scrutiny of Kartashov may be as his organization promotes civic action and not violence. Most of the Islamic radicals hide behind this sort of organization, in order to scheme and hide their true intentions. The federal investigation has of yet to link Tsarnaev to any international terrorist groups, but the Russians believed he had traveled to a region that hosts some underground groups.

The information that was held concerning the Boston bombing is a testament to the relations between the United States and Russia. An already greatly diminished level of communication between the United States and Russia will have more of a strain on it after this epiphany. The foreign policy of America has not secured a better relationship with Russia and turned them to become an ally. It seems the reset button that Hillary Clinton demonstrated with the Russian government, has yet to take hold. What is clear is that the Russian government is unwilling to give the United States any information that would be useful in stopping the terrorist acts of the world. They are not willing to work with the United States to stop the atrocious acts of the radical Islamist that terrorize the world. It is hard to understand why life, no matter what country you are from, seems to have no real value to the Russian leadership.