Rwanda: From Genocide to Renaissance 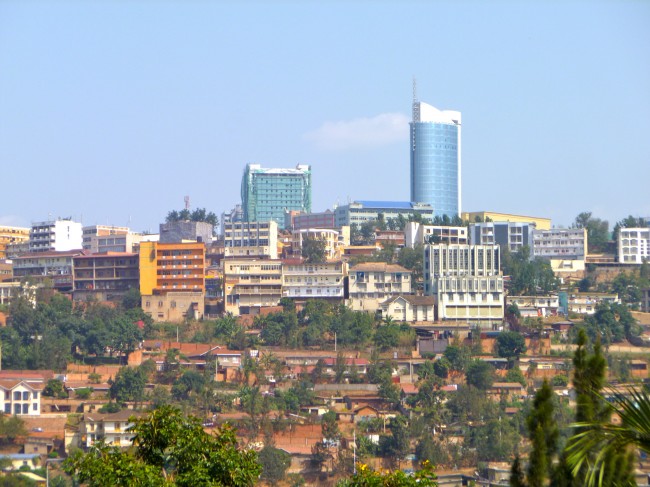 The East African nation of Rwanda is inextricably linked to the term genocide, but out of the tragedies resulting from the climax of decades of ethnic conflict, a renaissance emerged. It is a renaissance which is rooted in forgiveness and reconciliation, forged by unity between opposing ethnic groups, the Hutu and the Tutsi. A renaissance set in motion by Rwanda’s sixth President, Paul Kagame.

An overlooked but inherent contributing factor to the genocide was, as in most African nations, the divide and rule policies implemented by western colonial powers in the late nineteenth and early twentieth centuries. Necessitated by Roman Catholic missionaries, the region, now known as Rwanda, was co-colonized by Germany and Belgium. Unlike the Tutsi, the Hutu people were more persuaded by catholic conversion, therefore as a reward, the German government would grant Tutsi land to the Hutus, which ignited resentment.

Traditionally, the Tutsi were the governing elite, therefore Germany and Belgium allowed only the Tutsi to gain access to education and colonial participation which discriminately created an elite social structure dominated by the Tutsi, leaving the Hutu majority feeling a sense of oppression. After Belgium independently took control of Rwanda, it continued its policy of divide and rule; alternating between the two ethnic groups. The seed of ethnic resentment was sown by Germany and Belgium and left to grow for almost a century.

It was April 1994, when Rwanda’s majority ethnic group, the Hutus, began to carry out the mass slaughter of the minority Tutsis, instigated by the shooting down of a plane carrying Hutu President Juvenal Habyarimana. Friends and neighbors became enemies and killers in a massacre and civil war resulting in estimates of over 500,000 Hutu and Tutsi people losing their lives. The genocidal tendencies lasted for over three months without the concern or intervention of western powers including France, Germany and Belgium.

The genocide and civil war came to an end when the Tutsi rebel group, the Rwandan Patriotic Front (RPF) defeated the Hutu regime. President Paul Kagame took control and began to implement social and economic policies that would take Rwanda from the pits of genocide to the heights of renaissance. Tutsi and Hutu people that were direct participants and victims of the genocide bonded together to move Rwanda forward as one.

In the World Economic Forum’s Competitive Index Report, issued in 2012, Rwanda climbed seven places upwards to become the 63rd most competitive nation out of a list of 144 countries. The position makes Rwanda the third most competitive country in Africa, behind South Africa and Mauritius. The ranking is based on factors including: Institutions, infrastructure, healthcare, education, macro-economic environment, technological readiness, financial market development, labor market efficiency etc. The World Bank lists Rwanda as one of the most business-friendly places in the world.

President Kagame states, “Registering a business takes just a matter of hours. It no longer takes months, weeks, as it used to be.” In his book A Thousand Hills, New York Times correspondent, Stephen Kinzer, says, “Kegame transformed Rwanda by eliminating problems that have plagued other African economies.”  Kinzer states that “Kegame’s concept is: ‘if we can have a country that really works, everybody speaks English, the airport is free of corruption, we can then lure to Rwanda all the companies and economic interest that are working in the entire region.’”

Rwanda provides healthcare and insurance to over 90 percent of its population and has become the focus of medical practitioners around the world, including Dr. Paul Farmer of Partners in Health. “Rwanda is honestly starting to change the face of global health,” says Farmer.

Kagame has invested millions into infrastructural improvements which he sees as being very critical to Rwanda’s development. A tenth of Rwanda’s budget is dedicated to rejuvenating water transport, roads, rails and buildings, which is all evident in Rwanda’s vibrant and technologically modern capital city, Kigali. The President also has plans for Africa’s most prestigious urban planning initiative. Kagame aims to remodel Kigali into a city of satellite towns, business and leisure districts, towering skyscrapers, green spaces and pedestrian walkways.

The role of women has also been vital to Rwanda’s success. Policies have been put in place for the advancement of women and women’s initiatives. Women have been appointed to key positions within the body politic of the country, and they are vital to the production of goods exported to overseas markets.

Kagame compares his plan for Rwanda’s renewal and renaissance to the former British colony of Singapore.  “It’s about how they have invested in people, skills, technology, high-value products they have been able to put in the marketplace. So it’s our aspiration.” As Rwanda currently highlights 20 years since the genocide, Paul Kagame’s vision for the country might help to put the nation into the spotlight for its achievements post-genocide and not just its darkest days of civil war.

5 Responses to "Rwanda: From Genocide to Renaissance"