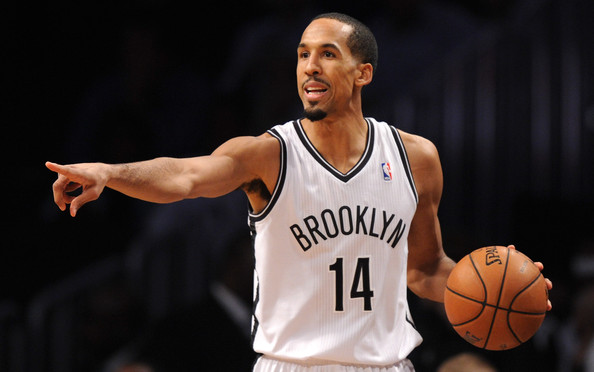 Sports injury rehabilitation has progressed immensely in the last several decades. Football players return from a torn ACL in less than a year. Pitchers have their elbows reconstructed and return as good as ever. Things that used to end careers now only cost athletes weeks. However, when Shaun Livingston injured his knee in a 2007 NBA game, doctors not only worried about his career, they worried about whether or not he would ever be able to walk again.

As the fourth overall pick of the 2004 NBA draft, Livingston came to the Los Angeles Clippers as a potential savior for a franchise in perpetual turmoil. By his second season, Livingston, along with Elton Brand and Sam Cassell, carried the Clippers to their first playoff appearance in seven years. Things were looking great for the team and the 20-year-old point guard.

The next season, less than four minutes into a game against the Charlotte Bobcats, Livingston picked up a loose ball and raced up the court. Running full speed, and trying to angle himself around a defender, Livingston landed sideways. His knee not only buckled, but completely gave out laterally. The result reads like an orthopedic doctor’s schedule for the day: dislocated knee; complete or partial tears of the medial collateral ligament (MCL), posterior cruciate ligament (PCL), anterior cruciate ligament, lateral meniscus, and retinaculum; and, a dislocated patella.

A return to the court in 2008 was only part of Livingston’s miracle. Lacking the incredible athleticism he once had, Livingston bounced around the NBA. Following his departure from the Clippers, Livingston played for seven different squads before landing this season on the Brooklyn Nets. Initially slated as the backup point guard, and expecting to play somewhere between 10 and 12 minutes per game, Livingston caught fire for the team when Deron Williams missed some time in November and December. Filling in for the missing star, Livingston earned himself a starting job at the two-guard position alongside Williams. His explosiveness has returned, and his passing has been as good as ever.

Shawn Livingston has been a miracle find for Brooklyn, helping to salvage a season that looked dead in the water on Christmas day. He is finally reviving the career that looked so promising back in Los Angeles. The Nets are ready to enter the playoffs on the backs of their more well-known stars, but the most important player on the team may just be the one making the veteran minimum salary. Shaun Livingston is not only walking, but running with the weight of a team on his back.