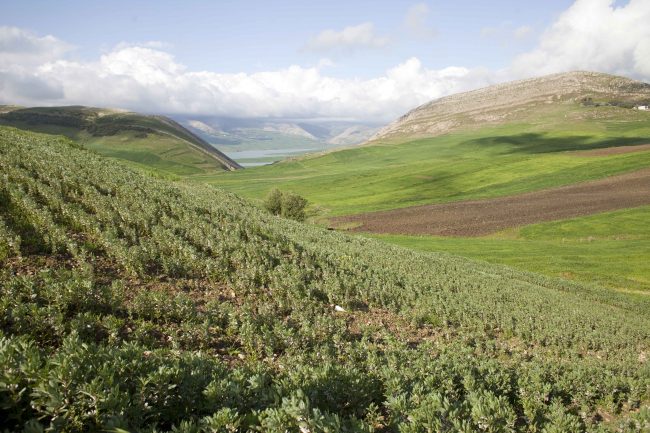 Confusion about the ownership and land reform in South Africa remains a key factor for the government. The African National Congress (ANC) ruling party under President Jacob Zuma does not know the exact figures of how much land is state-owned.

In a speech to Parliament, Jacob Zuma said that it was a priority to “dismantle” the landscape of apartheid, calling for an end to the practices which determined the working and living conditions of a population based on the color of their skin. His words described an ongoing process of reversing the apartheid legacy which included a review of the “willing buyer, willing seller” model in order to more equitably distribute land at an expedited pace. He also, in these statements, made reference to the use of the system of education in South Africa under apartheid to ensure “perpetual subjugation,” citing the words of Hendrik Verwoerd.

During February of 2012, the leaders of the ANC advanced the claim that 80 percent of all the land in South Africa belonged to the white population. It was in 1994 the ANC claimed 90 percent was white owned land. However, from the entire land surface of South Africa, 41 percent is used by black homelands and is state-owned. The figures do not match.

The promises of democracy and equality with the fall of Apartheid have ushered in a new era of social degradation. The desire to own land remains unfulfilled. The land reform remains a conflict of the masses. The ANC government continues to promote the issue of land reform, yet there remains the state of confusion about the actual amount of land to distribute.

Zuma said the laws governing land reform are biased in favor of land owners. The ANC want the process of land distribution completed by December, 2018. The first cut off time for the distribution of land was December, 1998 and many people were excluded from their claims. Zuma said the people have a good chance of regaining their land. He added that a key issue was the time involved in addressing this problem

The South African land registries are in a mess, and the 41 percent tribal land previously owned by the independent homelands have not been incorporated into the state’s records. It is this land where millions of blacks continue to live and run subsistence-level farms.

In 2011, out of the total number of 80,000 commercial white-owned farms, the state showed that 64,976 farms were owned by the state from their land reform and distribution policies. To date, the land registry records do not include the 41 percent of the tribal land surface and stay unaccounted for at October 2013.

South African commercial farmers have adapted their production to the arid conditions by preserving water in farm dams and carting tons of natural fertilizer from offshore islands, using a crop rotation system to replenish and enrich the soil. Despite the fact that 90 percent of the redistributed farms are non productive and produce no crops. The government will continue with its land distribution policies.

Since 1994, white farmers sold about 23,000 sq miles of land voluntary to the government for their land reform policies. This land was redistributed to benefit black people who were left impoverished by apartheid. Today, almost 90 percent of the redistributed farm land lays idle. The Land reform Minister Gugile Nkwinti said the barren land, which was a source of income for the government, is not sustainable, and the land could be repossessed if farmers continued to deteriorate. The government is planning to redistribute one-third of white owned land during 2014. The land reform minister did not see this happening and said the ANC government will instead focus on helping the black farmers to turn the barren land fertile.

Only 14,980 square km of the land surface was under irrigation, and 0.79 percent was under permanent crops during 2008. Grain South Africa Cooperative reported a membership of only 1000 grain producing farmers in 2010. In 2011, 14,000 privately owned registered commercial farmers remain. A survey revealed that there was much more land owned by the state than realized.

The confusion and discrepancies of how much land is available for redistribution in South Africa only gets worse. Surveys tell a different story from that painted by the numbers advanced by the ANC.

One Response to "South Africa Land Reform and Ownership Confusion"