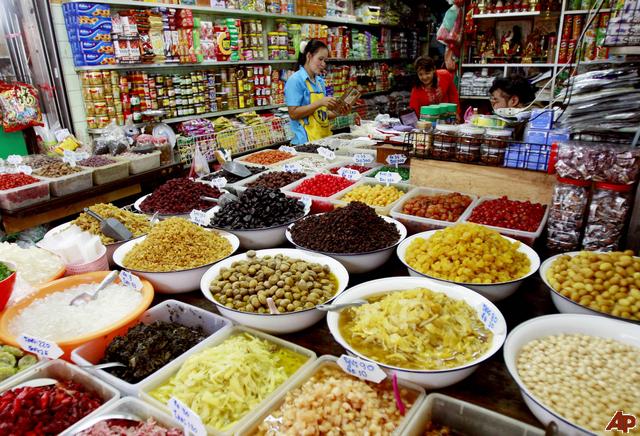 The Thai protest could finally be affecting the economy of Thailand. Some people believe that they are losing business because of the protest.

A mobile salesperson named Sakuntala Mettawong thinks that he is losing business at his shop at MBK, which is one of the largest malls in Bangkok. At peak times of the day, he is not getting customers and he has had trouble selling the top phone models. Many of his competitors have been leaving the mall to find cheaper places to rent.  People are selling their phones to vendors since they need more money.

Eight years of Thai protest has affected the economy, which is not as dynamic as it used to be and with no solution to the turmoil, it could get worse.

The Thai turmoil is all about Thaksin Shinawatra. He was a prime minister from 2001 to 2006, and his people continue to influence what is going on in Thailand. If a Thai likes Thaksin, that person is known as a Red Shirt. If a person objects to the Thaksin people, that person is a Yellow Shirt. Yellow Shirts have been protesting because Thaksin’s sister, Yiingluck, is the prime minister of Thailand.

The lack of a solution to this problem is hurting consumer confidence, which fell to a 13-year low in February.

In addition, the five months of violence and protests that have shut down Bangkok could be keeping tourists from visiting Thailand. If visitors do not come to Thailand, it could cost the economy $89.3 billion.

Some Thai businesses feel that this period  of unrest could slow the Thai economy. An I.C.C. International distributor feels that the consumers are not spending, and sales of I.C.C. International products have fallen by about 20%. The distributor thinks that he has to cut costs, a measure that he did not have to take during the financial crisis of 1997 in which the economy of Thailand collapsed. Most Thais call it “the 1997 financial crisis.” Due to the low sales during the protests in Thailand, the distributor looks as the situation as being critical.

The Thai economic outlook does look grim because of the Thai protest, which has Thai economists forecasting that the economy will only increase about 2 percent this year. There is a danger that the economy could even contract, especially if Thai exports are low. The International Monetary Fund (IMF) has predicted that growth could be as low as 2.5% in 2014, making Thailand one of the slowest economies in Asia. The Bank of Thailand thinks that growth could be less than 2.7%, and has revised their forecasts twice since October 2013.

Thai consumers are hurting because of the turmoil in their country. Thai household debt is about 82% of the country’s GDP. In 2013, it was approximately 77% of GDP. Ten years ago, the debt was much lower at 45% of Thai GDP.

The president of Siam Commercial Bank (SCB) says that they are not aggressive on loan growth. SCB if focusing on ways to prevent people from defaulting on loans and helping Thai citizens manage their loans, especially in this time of Thai protest, which is affecting the economy of Thailand in a negative way.

One Response to "Thai Protest Could Affect Economy"