‘The Voice’ Adds Gwen Stefani to the Family 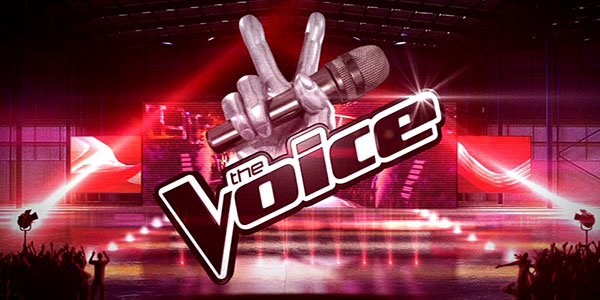 The Voice family announced its newest addition, singer Gwen Stefani, who will be sitting in for original coach Christina Aguilera for Season 7 of the NBC mega-hit singing competition. Additionally, it was also announced that Pharrell Williams was tapped to replace Cee Lo Green, who announced his permanent exit from the show in February 2014. The Voice coaching panel is no stranger to revolving artists as both Shakira and Usher have sat in alternating seasons for Aguilera and Green in the past.

Meanwhile, original coaches Adam Levine and Blake Shelton will continue to round out the judging panel. Aguilera, who is currently taking a break from the show and has announced her second pregnancy, welcomed Stefani to The Voice family via Twitter Monday night when she congratulated the musician. After the pop star announced her expectant mother status earlier this month, it was speculated that Aguilera would be taking another hiatus from the competition show.

NBC’s official announcement on No Doubt songstress Gwen Stefani’s addition to The Voice family follows the leaked news that the singer was in early talks with the show. There is much speculation Stefani was being pursued by both The Voice and ABC’s Rising Star, which will serve as a summer rival to NBC’s singing competition juggernaut. Despite Aguilera’s extended coaching hiatus due to her expectant mother status, NBC has already announced that she will return for the eighth season of the competition show, which will premiere in Spring 2015.

The live May 5 broadcast will introduce both new additions to The Voice family when both Stefani and Williams perform for the viewers. Stefani has sold nearly 30 million records worldwide as the lead singer of rock band No Doubt, as well as her work as a solo artist. No Doubt‘s five albums have produced No. 1 hits like Don’t Speak, Just a Girl, Hey Baby, and Underneath It All.

In addition to her music career, Stefani has built quite a reputation as a fashionista with L.A.M.B. and Harajuki Lovers, which were launched in 2003 and 2005, respectively. The rocker also recently launched a ready-to-wear line that started in February 2014, as well as Gx, which features reasonably priced accessories and began in March 2014.

Gwen Stefani’s addition to The Voice family is the latest top-notch talent to be added to the show’s impressive roster of guest talent and mentors such as Shelton’s country superstar wife, Miranda Lambert, actress-singer Jill Scott, legendary singer-actress Cher, and Coldplay’s Chris Martin. Most recently, the show ventured into new territory on Monday’s show and featured industry guest mentorship with producers such as Busbee, Scott Hendricks, as well as Levine’s own mentor, Graham Nash, of musical group Crosby, Stills, and Nash.

In addition to joining The Voice family, Stefani and her band, No Doubt, have recently undergone other creative endeavors after parting ways with their longtime manager, Jim Guerinot. A client since 1998, Stefani’s severing of ties marks the second longtime client to leave Guerinot’s Rebel Waltz Management. It is speculated celebrity manager Irving Azoff, who manages talents including Aguilera, Chelsea Handler, and Van Halen, ultimately sealed the deal for Stefani. Moreover, the coaching spot could command a lucrative salary for Stefani. It is speculated that Aguilera garners around $12 million a season, while Mariah Carey managed approximately $18 million for the 2013 season of American Idol. It is expected that Stefani will command a figure similar to Aguilera’s for her work on The Voice.