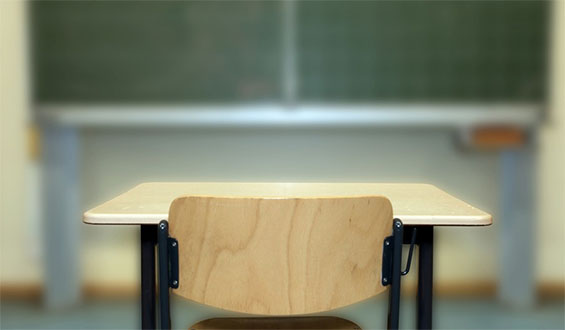 Truancy is a growing problem. Children who miss 10 or more days of school per year are at risk, even if they miss a day here and there, rather than a consecutive 10-day break. Children who miss too much school generally fall behind on assignments, have poor grades, have a difficult time catching up the work they missed, interrupt the flow of the classroom, are more likely to drop out of school and can show signs of delinquent behavior.

The current Michigan truancy law states that children ages six to 17 must regularly attend school, unless they are being home-schooled or have other extenuating factors. The law also states that parents who fail to send a child to school can result in a misdemeanor, which is punishable by two to 90 days in jail or faced with fines between five and $50. Keep in mind that such punishments only apply to parents of kids with unexplained absences.

Students with high absentee rates are generally affected by circumstances such as school districts with poor attendance records, poor parental involvement and low socio-economic status. While some districts refer truant students and their families to social workers or require them to attend truancy classes, these are not always effective. Families often choose not to attend the meetings and the children fly under the radar. Problems are not always noticed immediately, but affect their long-term circumstances. More aggressive methods are needed to assure that students make every effort to be in school.

Now cities and school districts are proposing new ways of handling the growing rate of truancy. For the most part, they intend to target the parents and offer support where needed or to threaten criminal charges for those who do not improve their child’s attendance record. Parents are given every chance to correct the situation before further action is taken.

One township in Michigan is cracking down on truancy. Ypsilanti has a 41 percent record of students with 10 or more unexcused absences. The new definition of such absentee behavior will be “chronic.” Thanks to a new ordinance going into effort for Lincoln Consolidated Schools, chronic absences could result in criminal charges for the parents.

The goal is to work with parents to improve their kids attendance, but those who do not cooperate may face truancy charges. According to Angela King, who wrote the truancy legislation for Ypsilanti, once parents go to an arraignment, they will be given three to six months to improve their child’s attendance.

School officials do not intend to pose criminal charges on parents for truancy, but their goal is to get them to realize the importance of regular attendance for their children. Parental involvement improves their chances of succeeding in school and beyond. As truancy rates rise, it is vital to intervene with the families to determine why there were frequent absences and encourage and support them, as needed, to improve their attendance. Taking legal action and imposing criminal charges are a last resort for school districts to get parents to take the matter seriously.

Truancy Rates on the Rise Could Result in Criminal Charges for Parents added by Tracy Rose on April 25, 2014
View all posts by Tracy Rose →