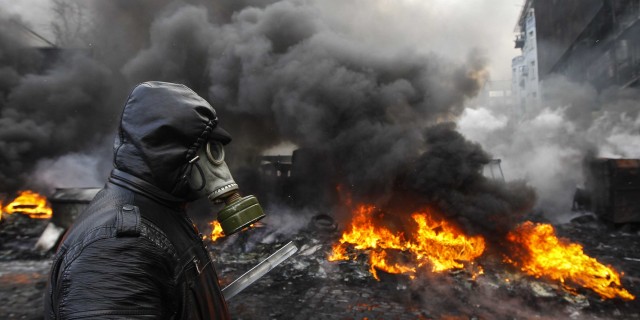 The Ukraine Crisis is continuing to draw various interests and concerns from across the world to a head. Notably, the recent events in Eastern Europe has made some rapture watchers nervous. With controversial figures and internet videos touting the recent events as prophecy, the crisis now has a heavy religious following.

Figures such as John Hagee have long been making conjectures about how Russian President Vladamir Putin is bringing about the supposed “End Times,” with his actions. According to Hagee, Putin represents the figure Gog, and Russia represents Magog, which are said in the Bible to bring about the Second Coming of Christ through initiating a major war.

Hagee and others cite supposed references to geography and symbolism within the Bible while pointing to Russia. Also, they assert that Israel, Iran, the Arab States, and many other countries will become implicated in this conflict, along with the United States. Ukraine is just the beginning, so they attest.

However, not all Christians are quite as ready to point to the current situation as a potential sign of the end. Some suggest that conjecture is, at this point, too wild and misplaced. Although there may be similarities between verses in the Bible and the situation in Ukraine, the points that Hagee draws out are still controversial within Christianity.

The Ukraine Crisis is not just making rapture watchers nervous though. In fact, many nations and analysts in Europe and elsewhere are concerned not so much with the potential prophetic implications, but more the real risks of open conflict in Europe.

Most obviously, there is the very real threat of open conflict. As Russia stands ready with some 40,000 troops on Ukraine’s Eastern border, many are concerned that Putin may be planning more than just civil unrest. Although Russia denies that these troops are doing anything more than defending Russia itself, military analysts suggest that they could be mobilized for open conflict within hours of the order being given.

On top of that, many are worried that conflict could have a spillover effect across the world. The current crisis could set precedent one way or the other for other supposed “rogue states,” and the potential for widespread unrest. As well, the IMF and other groups have worried about the potential economic consequences of any more conflict on the world’s already strained finances.

The Ukraine Crisis has been called the most significant East-West conflict since the Cold War. Events have unfolded rapidly over the past few months with popular uprising against a pro-Russian president, followed by unrest in Crimea and its annexation by Russia. Ukraine and the West are routinely calling Russia a provocateur of the unrest, but Russia denies these charges by saying that they are not implicated in them but they will act in the best interests of Russian speakers in Ukraine itself.

Whether or not there is supposed prophecy in the books of Revelation and Ezekiel that point to the Ukraine Crisis, it nonetheless has some rapture watchers worried. Regardless of any potential religious implications on this Easter Sunday, and whether or not Jesus is coming back sometime soon does not diminish from the fact that the situation is overwhelmingly worrying.

One Response to "Ukraine Crisis Has Rapture Watchers Nervous [Video]"