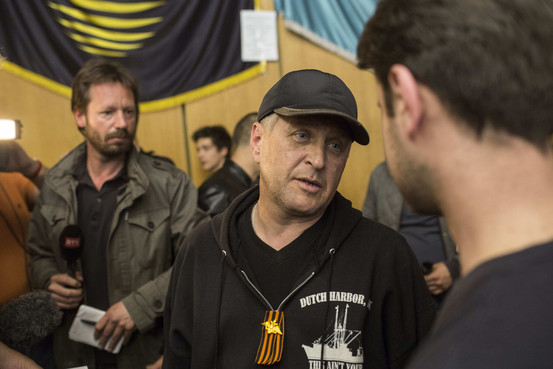 The eastern Ukraine movement for separatism has produced three leaders, whose names and histories provide a key to understanding the crisis. The first names are Vyacheslav Ponomaryov and Denis Pushilin, who seem to have overlapping titles and duties. The third is a Russian citizen, Alexander Mozhaev, who is accused by Kiev of serving the Russian Special Forces.

When armed  protesters ultimately failed to overtake Donetsk City Hall in the heart of the Donbass region March 6, tensions rose between the newly formed interim government of Ukraine and its eastern citizens. Ponomaryov said he was running a soap factory in Donbass when he “got [an] order” to be the leader of the separatists.

He is operating now under many titles including “Mayor” and even “Prime Minister”of the newly formed “People’s Republic of Donetsk.” While Donetsk itself is not under separatist control, at least 11 small towns in eastern Ukraine have been taken over by armed men, saying they are simply standing up against an illegitimate government.

A peaceful protest turned violent this winter when Moscow-leaning president Viktor Yanukovych criminalized protest activities. Three months of bloodshed between Ukrainian citizens and government forces ended when Yanukovych fled the country on February 22 of this year. Parliament then voted to officially dismiss him and set May 25 as the date for fresh presidential elections.

Yanukovych is thought to be in the protection of Russian President Vladimir Putin. The strong Russian resistance to his ouster has had an immense impact on the leading names to know in eastern Ukraine’s separatist movement.

Like Putin, separatists do not recognize the legitimacy of the interim government, believing the overtake was an illegal coup. Putin exerted this opinion when his forces invaded Ukraine’s Crimea region and oversaw a referendum of the people to join Russia. The move has been recognized internationally by few, but has created a model for separatists like Ponomaryov.

The apparently appointed leader was born in 1965 to a Ukrainian mother and Russian father in the small town of Slavyansk. The now rebel-held town of 120,000 people is in the spotlight of the Ukraine crisis due to its leaders. Ponomaryov claims he “didn’t…want to be mayor” but the ex-soviet soldier appears to be soaking up the attention.

Though specific details of Ponomaryov’s service are unknown, he told media he served in a special operations unit in the navy, resigning shortly before the fall of the Soviet Union in 1991. He denies that his military past has given him access to Russian special forces, who the Ukrainian government believes has a hand in the uprisings.

Amid accusations of Russian ties, Ponomaryov said he has no contacts. Although, this is not for lack of trying. A week ago on Easter Sunday, Ponomaryov was televised requesting the help of Russian “peacekeeping” troops. According to separatists, the call has gone unanswered.

Ponomaryov continues however to hold firm in Slavyansk with confidence. He admits to not having “100 percent” support from local citizens but calls those openly against him “traitors.” When asked about their resistance he simply said, “we will take care of them.” Rhetoric like this has many in Slavyansk and across Ukraine worried for the nation’s eastern future. The situation is relatively calm on site, but the name Ponomaryov will not soon be forgotten and in eastern Ukraine, separatists are answering to its experience.