George Clooney From Denial to Engagement 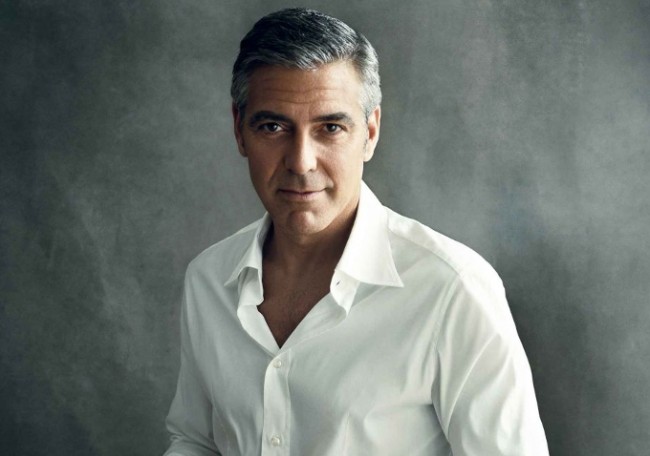 George Clooney is currently a tabloid spectacle due to his recent engagement to his lawyer girlfriend Amal Alamuddin. Clooney is beaming in his recent pictures, apparently very happy with his new situation. Though, not too long ago the A-list actor was denying any romantic involvement with Alamuddin. The denial was reportedly in attempts to get the tabloids and paparazzi to leave the 36-year-old beauty alone. If this claim that the two were not an item late last year is true, Clooney quickly went from denial to engagement with his new love interest.

A reporter, taken by the many rumors that were circulating about Clooney’s elusive love life, asked the actor in October of last year if rumors of he and Alamuddin were true. The star responded that he does not like to talk about his personal life, though will deny the claims if it means reporters will leave Alamuddin alone. Clooney and his now fiance were seen having dinner together late last year, which sparked inquiries if the two were more than friends.

Alamuddin was not the only woman that Clooney was repeatedly harassed about. Katie Holmes and model Monica Jakisic were both approached by reporters due to being seen with Clooney in public. In attempts to let the women live without harassment, the actor denied romantic involvement with any of the women. This denial by Clooney could have been made up in Alamuddin’s case so that the two could have a romantic relationship in peace, leading up to the engagement.

As is the case with many Hollywood stars, Clooney’s private life is often a mystery to fans and reporters alike. New reports of the engagement have confirmed that the two were dating last fall, which could confirm that Clooney denied the relationship in order for reporters to ease off Alamuddin. Or, the relationship could have simply been blossoming when the denial was made, and had not reached a romantic peak.

One thing is for certain. For the first time in their relationship, Clooney and Alamuddin are not trying to hide their flame. The two are not rushing to publicize this engagement, but they have admitted they will be getting married. Alamuddin could not appear happier as she allegedly showed off her ring at lunch with a friend. Reports speculate they the two were first seen together in October, the month that Clooney denied romantic relations, and have been spotted together frequently ever since.

Clooney appears to be very taken with his new fiance. The lawyer is alum of the NYU School of Law and has a very successful career. The actor had only been married once before, in 1989, which is impressive for a Hollywood star, though he had a number of other public romantic relationships throughout his career. Some commentators mention that this is the healthiest relationship for Clooney in years. The confusing and secretive beginnings of this relationship are unnecessary details in the grand scheme of this relationship. Clooney may have quickly jumped from denial to engagement, but he seems to have done so with intention and respect for his new relationship.