Where Do Blue Eyes Come From? 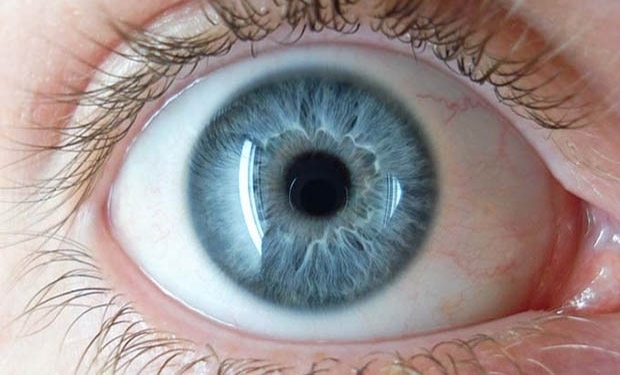 It is being reported that a research study done by scientists at the University of Copenhagen, in Denmark, wanted to find out where blue eyes come from. They ended up discovering that everyone living today who has that shade of eye color share a common ancestor. This individual was someone who lived around 10,000 years ago close to the Black sea.

Researchers investigated and linked the exclusive genetic make-up inside the chromosomes of irises from nearly 160 blue-eyed folks from various regions such as Jordan, Turkey and Denmark. It was discovered that all the subjects who partook in the study had the same chromosomal mutations in specific genetic material of their eyes with very little difference on the genes. This indicated that the mutation that was in charge of the blue eyes arose and spread fairly recently.

The scientists determined that the blue-eyed individuals moved out from a region to the north of the Black Sea just after the last ice age. These individuals were believed to be Indo-European Aryans who consequently spread food cultivation into Western Europe and also rode horses into India and Iran.

Blue eyes are considered to be a recessive trait, so the gene has to be inherited from both mother and father. After the ending of the most recent Ice Age, numerous Europeans inherited the uncommon gene which is connected with people who have blue eyes. It would end up setting them apart them from the rest of all the human races.

Researchers state that this genetic variation is not considered either a positive or a negative mutation. It is just different. However it does also produce far greater occasions of blond colored hair and fairer skin. This was a survival benefit that helped by encouraging much greater production of vitamin D in northern European countries which were deprived of sunlight many months of the year. These people lived close to the Arctic Circle and even today blue eyes are still very widespread in the region.

Over ninety percent of Europeans that reside in Scandinavian regions are blue-eyed. They also have a large range of skin and hair color. Relatively, Europe has a more extensive variation of skin pigmentation and hair color than is found in any of the other continents on Earth, except for the northern sections of North America.

Such gene variations are thought to be relatively recent as Europe was only colonized a few thousand years ago, state scientists. It is from interbreeding that the brunette with blue eyes came along around 25,000 years ago by conquering several Cro magnon types that lived close to the Atlantic. It is really odd of how there was no one on Earth that was known of to have blue eyes so many thousands of years ago to suddenly having around 30 percent of all Europeans being blue-eyed now.

John Hawks, who works for the University of Wisconsin stated that the gene does something good for people because it makes them have more children.

By contrast, the majority of mammals in the world have the normal eye gene. The six-letter structure is precisely the same amongst horses, mice, monkeys, cows, rats, dogs and humans who have brown eyes. However there is no evidence yet why Siamese cats and Siberian huskies have blue eyes. That may be discovered next.

The research scientists wanted to find out where blue eyes come from. They ended up discovering that everyone living today who has that shade of eye color share a common ancestor who most likely lived around 10,000 years ago close to the Black sea.

5 Responses to "Where Do Blue Eyes Come From?"