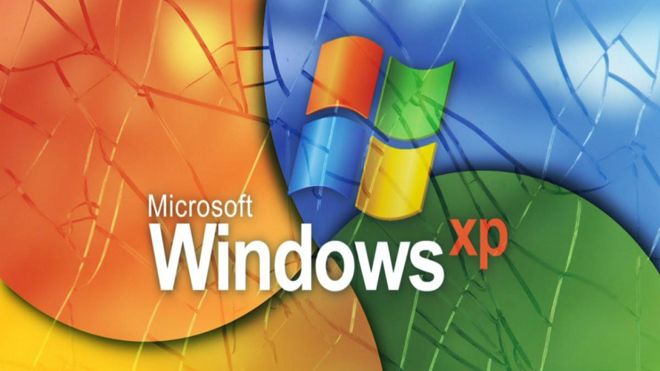 Windows XP users begin to keystroke panic as Microsoft boots the long running program.  Saying arrivederci to Windows XP is similar to bidding long-running redundant sit-coms and drama series au revoir; it’s much needed yet so hard.  The keeper of the crypt will emerge Tuesday to hijack the the Windows XP lifeline.  Microsoft will sever support of the operating system ending a 12 year Windows XP era.

Days after April 8th XP users can be expected to belt out one major Boys II Men anthem, “It’s So Hard to Say Good Bye To Yesterday.”  There has been speculation that companies continuing with Windows XP programs are bull’s-eyes for hacker heaven.  For those that are six feet under computer literacy, this most likely means nothing.  Except another Microsoft program placed into the viral cemetery handicapping those who do not have deep enough pockets to upgrade.  Not the Beyonce type of upgrade where it’s all beneficial, but the kind that slices bank accounts and wallets into pieces.  A presumptuous approach of having to learn new momentous corks at the speed of light, is not all bad.

Pop-ups boxes have continuously plagued Microsoft users and have been labeled by overseas bloggers as “scareware.”  The pop-ups have invaded coveted internet work and play, forewarning that Windows XP support will soon cease.  Current XP users are re-directed by these superior annoyance boxes to a site releasing information in regard to upgrading to a new operating system.  Persons delegated to speak on behalf of Microsoft are unable to confirm disabling techniques for the computer blocks of disturbance.  Ignoring the disruption is common place and adopted by many due to the extended use of Windows XP worldwide.

Windows XP follows Windows 7 as the second most used desktop operating system.  With this commonality debaters have suggested that there are very few reasons to begin dismantling the program.  The age of Windows XP and current upgrades of Windows 7 or 8 have placed the program in the Microsoft landfill.  This does not mean that every single Windows XP-based machine will obliterate into viral space never to be found again.  Microsoft is exemplifying the fact they will no longer supply new security updates for the XP operating system.  Microsoft will continue to supply free anti-malware until July 2015 in order to decrease a minimal amount of bug exploitation.

Windows XP has supplied a worldwide presence of professional connectivity across an anomaly of viral structures.  Those willing to bear the risk  of continuing the use of the Windows XP operating system are said to be “six times more likely” to be attacked by a third party.  Chief operations officer of Avast released this information in comparison with individuals utilizing Windows 7.  The upgrades to XP are only offering an excess amount of security and a few more attractive features.  In order to weigh whether or not an immediate upgrade from XP is necessary an individual may analyze Windows 7 and 8 features.  This will offer a helping hand in decision making when cementing permanent changes.  Windows XP does not have to be completely booted as of April 8, but protective cautions should be taken in order to seal off security breaches.

One Response to "Windows XP Booted by Microsoft"