Women of Worth in Its Ninth Year, Launches Twitter Forum 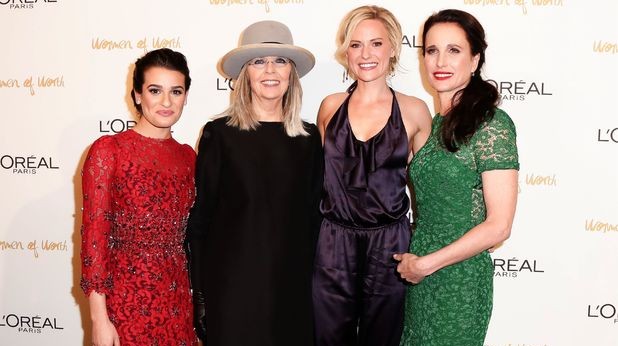 The Women of Worth program established by L’Oreal Paris is now in its ninth year, and program ambassador Lea Michele could not be prouder.  The Glee songstress says that there are enough challenges involved with being a woman that the numbers of women who tend to try and drag each other down are not looking out for each other.

Today, a Twitter conversation of sorts is taking place, and those who use the hashtag #WomenofWorth are able to get involved.  L’Oreal Paris has as its brand philosophy “Because I’m worth it” and in line with that, the Women of Worth program was designed to help women everywhere recognize those women who, as a result of their efforts in their communities, are making a difference in the lives of others.  10 nominees receive $10,000 for the charitable cause that is nearest and dearest to their hearts, and the woman chosen to be the national honoree through online voting by the public at large will receive national recognition and $25,000 for her favorite charity.

The Twitterverse has been alight with several #WomenofWorth hashtags, and reports are that the subject’s trending power continues to grow.  Michele’s support of the program likely does not hurt; she continues to be a greatly-loved actress on Glee and with her debut album having bowed to very positive reviews, the actress is no doubt on top of the world.  She notes that, “The level of strength that a woman has inside of her is just unbelievable.”

She has lived this from personal experience.  Nine months after her love Cory Monteith passed away, she has said she is just now feeling more like herself.  Between life on Glee and promoting her new album, in addition to her new book, Brunette Ambition, due out in May, it’s surprising that the actress has time for sleep.  However, she feels that women should spend time empowering each other and giving them the support to go somewhere in their lives, rather than engaging in girl-on-girl hate.

New research has indicated that helping others is the number one booster of a woman’s sense of self-worth and the idea behind the #WomenofWorth Twitter forum today is engaging women everywhere in a global conversation about what self-worth is about and how to achieve a positive sense of worth.  Among the topics of conversation are issues such as achieving your dreams and enjoying the passion that being your best can bring.  Of course, there is also some heavy conversation about the power of giving back as well.

Journalist Maria Shriver is also participating in this groundbreaking forum, in addition to a host of other noteworthy women.  Past honorees include those providing educational programming about sexual abuse, a woman dedicated to giving ex-offenders – most of them youth – an opportunity to start fresh, a nurse wanting to help seniors tick off items on their bucket list, a woman who created a mobile learning cart so kids could learn valuable computer and technological skills, and a woman wanting to remove the stigma behind mental illness for teens and their families.  These women of worth will no doubt be part of the Twitter forum occurring today for Women of Worth, and the 2014 honoree will be enjoying their moment at this year’s Women of Worth gala, to be held Dec. 2, 2014.