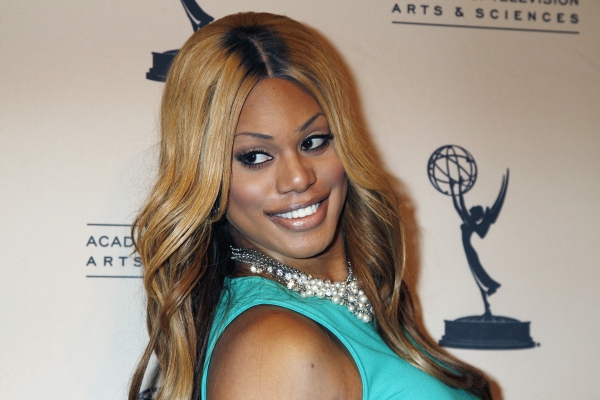 It is evident that the world is changing in ways that would never have been imagined 20 years ago. A group of people once relegated to the fringes of society are now experiencing unprecedented visibility due in part to changing societal attitudes and the courage of individuals who unapologetically look the masses in the eye and declare to the world that they are transgender. Actress Laverne Cox is one such individual who has been given a platform to change hearts and minds, and the world is paying attention.

Cox is one of the stars of the very successful Netflix original series Orange is The New Black. Cox plays the role of “Sophia Burset,” a transgender woman incarcerated for credit card theft who must endure transmisogyny directed at her by both her fellow inmates and prison staff. Just like her character on the popular show, Cox has had to endure her share of transphobia and discrimination, and also just like her character, Cox is managing to rise above the hate and educate society on the daily walk of transgender men and women.

Very recently, the actress used her voice to silence what many thought to be an inappropriate question from talk show host Katie Couric, who asked Cox and fellow transgender guest Carmen Carrera about their “private parts.” In no uncertain terms, Cox managed to educate Couric as well as her television audience that her line of questioning was transphobic and objectified transgender people. Cox took the opportunity to inform Couric of the struggles of the transgender community and how her question does nothing but perpetuate hate, stereotyping, stigmatizing and shaming.

With her star definitely on the rise, Cox, who grew up a little boy constantly bullied in her native Alabama, has been elevated to the status of “Transgender Ambassador,” using her profile on Orange is The New Black and her advocacy work to create awareness and inspire others to live their lives out loud. Cox observes that today there are far more affirming images of transgender men and women than when she was younger and trying to figure things out for herself. She says with the wealth of resources available to young transgender kids, they do not have to feel like they are on this journey alone.

Cox now has more visibility than ever and her message will reach those far removed from the LGBT community now that Time has made the star the first ever transgender person featured in a cover story. In the magazine, Cox once again uses her platform to address violence against transgender people as it relates to race and class. Cox used the Time interview as an opportunity to push for respect, asking those not familiar with the trangender culture to take the lead from the trans community in understanding how they wish to define themselves.

While Laverne Cox is currently the “face” of the transgender movement, she is not the only voice. Cox is part of a league of many including Janet Mock, Carrera, Candis Cayne and Chaz Bono, who are bringing greater awareness and understanding to the “T” in LGBT.