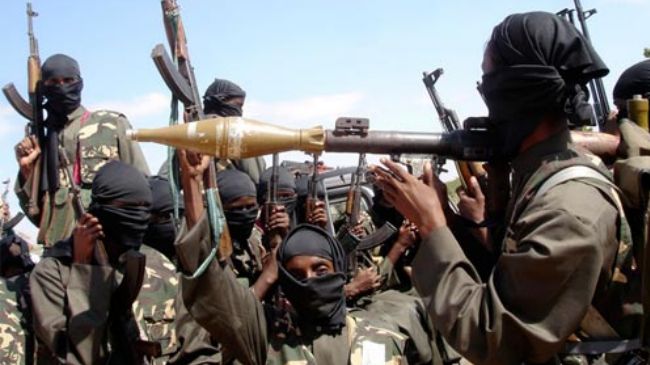 Boko Haram leaders have offered the Nigerian government a trade deal for the return of over 200 girls abducted by the group in April. The extremist Islamic group, in a Youtube video, said they would release the girls in exchange for imprisoned members in Nigeria.

The 17 minute video narrated by Boko Haram leader Abubkar Shekau displayed 100 kneeling girls behind him. While his hostages were in full veils on their knees, Shekau stood confidently in front of them in military garb with an AK-47.

“We will not release them while you [hold] our brothers,” he said.

The Nigerian government did not immediately respond to the trade deal offered by Boko Haram, but officials have said they are closely examining it.

On April 14 the Boko Haram attack on the northeastern town of Chibok led to the kidnapping of 276 girls. The group invaded a local boarding school’s dormitory. Some girls were able to bravely escape or hide, but at least 200 are still missing.

The growing presence of Boko Haram in Nigeria has sparked tensions within the country between civilians and the military. Many in heavily disrupted northern Nigeria believe the government is not doing enough to protect them. The brazen attack on Chibok has caught international attention.

“The troubling phenomenon of targeting females during conflict…[can’t] be tolerated and must be stopped,” said International Criminal Court prosecutor Fatou Bensouda.

Advisers from both the United States and Britain are in Abuja with Nigerian President Goodluck Jonathan, planning rescue operations and instructing on offensive military action. CIA director John Brennan said American aides are doing “everything [they] can” to locate the girls.

Jonathan seems more confident of a resolution with international backing and said, “We promise the world that we [will] get these girls out.” Despite this poise, many in Nigeria continue to criticize the government’s military response to the intensely violent group.

Tensions grew even higher on Friday after an Amnesty International report claimed that Nigerian intelligence knew Boko Haram was on their way to Chibok four hours before the attack. About 17 soldiers in Chibok and local police officers were all but defenseless against nearly 200 Boko Haram soldiers.

Nigeria’s government denied this knowledge publicly, adding that it sent aircraft and troops directly after the attack. Amnesty International’s Secretary General Salil Shetty held firm about the allegations in an opinion piece which circulated in the Independent, a British newspaper.

It is unclear whether the Nigerian government will take the deal with Boko Haram, but the decision is a crucial one. The militant Islamic group has killed at least 2,000 people this year alone, according Amnesty International. In fighting for a religious state, the group has also destabilized much of northeastern Nigeria.

But Boko Haram is being watched by many now. The group has so far killed, kidnapped and attacked Nigerian people with little retribution. Now that the international eye is upon them, President Jonathan hopes the pressure will force them to cooperate. Perhaps with the backing, Boko Haram’s trade deal offered for the kidnapped girls will not need serious consideration.