Britney Spears: A Piece of Britney 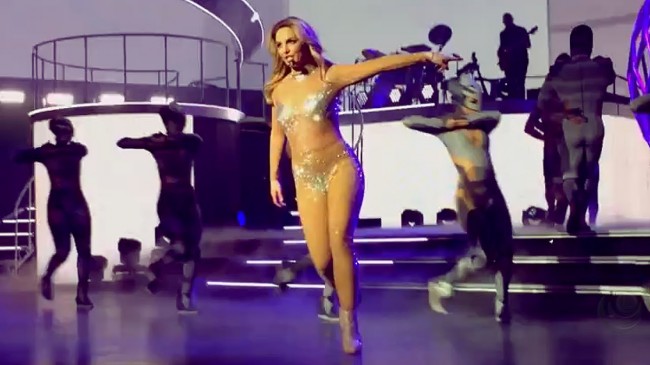 It has been almost seven years since singer Britney Spears had a tragic and public meltdown that nearly sidelined her entire career. The set of events which led to that point could not have come at a worse time. Coming out of a failed marriage to former back-up dancer Kevin Federline, the then 26-year old–who once crooned that she was “not a girl, not yet a woman”–seemed to be losing the strength and stability that led her to a huge amount of success. There were millions of albums sold the world over, a myriad of die-hard fans, and a power in the music industry that could not be denied. Even though a lot of time has passed since then, many of her fans believe they lost a piece of Britney along the way, and sadder still, they have not yet gotten it back.

At the turn of the new millennium, a single utterance of her name sent people into a fevered frenzy. For example, her 2001 album, Britney, sold over 700,000 copies in the first week. A shimmy of her bejeweled navel made young men scream and young women want to be her. It is a shock to realize that in today’s world, a once formidable pop star is, in essence, anything but her old self. Now, the pop star is being handled by her father, Jamie Spears, who will be receiving a cut of the earnings from Britney’s current Piece of Me stage show in Las Vegas.

On Wednesday, court records revealed that Jamie Spears requested and won the right to receive 1.5 percent of the show’s revenue from now until its final bow, which is currently set for September of this year. This is already on top of a monthly stipend he receives for the personal care and business deals regarding his 32-year-old daughter. Jamie was initially appointed as Britney’s conservator back in 2008 and still holds the title to this day.

Understandably, in 2008 Britney Spears needed someone to watch over her. On top of her divorce being finalized the year before, Britney suffered a great loss when her aunt, Sandra Bridges Covington, passed away due to ovarian cancer. The two had been extremely close throughout the years, and following  her passing, Britney began to spiral out of control. Just days later, following a one-day visit to a rehabilitation center in Antigua, Britney flew back to Los Angeles and famously shaved her head at a salon in Tarzana with a pair of hair clippers at a local salon.

More visits to rehab followed the hair shaving incident. She lost primary custody of her children to her ex-husband Federline. A disastrous appearance on the 2007 MTV Music Awards, meant to promote the album Blackout, was dubbed a “train wreck” by many media outlets. Months later in January, she was whisked away by an ambulance to a psychiatric ward.  It started to become clear that the girl who once sang all she needed was time to find herself seemed to have too much time on her hands. Sadly, that extra time was leading to pieces of Britney Spears being left all over the place.

With her father Jamie controlling her personal and business assets in early 2008, things began to turn around. She has since released three albums since then, including 2008’s Circus, 2011’s Femme Fatale and 2013’s Britney Jean. She has also had two more number one hits, Womanizer from Circus and 3 from the compilation album The Singles Collection released in 2009, on the Billboard Hot 100 chart. She has also headlined two high-grossing tours, and as previously mentioned, she is currently headlining the Las Vegas Piece of Me residency. However, things are clearly different this time around.

It was said that an injury during a video shoot in 2003 changed the way she danced, which could explain some lackluster moves during her latter performances. However, that does not fully explain away other times when Britney appears to be uninterested in what is going on at any current moment. There have been a number of interviews where it seems she is not as front-and-center as she used to be.

Rumors and court documents in the conservatorship case insist that following her breakdown in 2007, Britney was put on medication to help her heal from what she went through, which would explain away her sometimes dissociative nature. Whether or not all of that should be taken into account is really hard to say. Whatever her troubles may be, the cracks are beginning to show.

2011’s Femme Fatale sold around 276,000 copies in its first week, which is not bad, but Circus sold more than twice that amount in its first seven days of release. Her latest release, Britney Jean, underperformed greatly and was the first of her eight studio albums not to debut in the top two positions on Billboard’s album chart. It came in at number four. It only pushed out around 121,000 copies in its first week and fell out of the top 10 shortly thereafter.

No one really knows what has been going on with Britney, and it seems that concerns about her presence are spoken about less and less. Her father still leads her charge, and she seems complacent in letting him do so. Her fans complain about the obvious change, but they still show strong support. The Piece of Me residency is sold out often. The Britney Jean album may have underwhelmed, but there is talk that her ninth album is currently being worked on. Overall, Britney Spears is still in high demand.

Once upon a time, Britney was poised to take over the world, but over time, that world has lost a piece of Britney Spears. She once had a spark that could not be matched, a passion that would not be held and a talent that refused to be ignored. Britney Spears once had something grand about her. Sadly, no one seems to really be worried about getting that piece of Britney back.