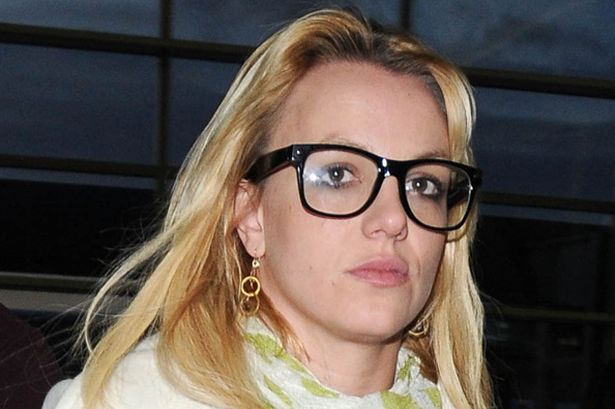 With the focus on other stars like Justin Bieber and Miley Cyrus, Britney Spears hasn’t been in the spotlight much but recently she has gotten herself into a bit of trouble. Spears broke the nose of one of her back-up dancers and has swept the whole thing under the carpet, pretending it never happened. Problem is the dancer did not forget and is now planning a lawsuit against Britney in the case.

According to TMZ, Dawn Noel and the other dancers arrived at practice in Woodland Hills, CA and perfected the moves for several hours before Britney showed up looking confused and disheveled. Apparently Spears had trouble with even the most basic moves. The dancer claims that Britney Spears hit her in the face while twirling off-balance. Dawn claims that the impact of the smack was so forceful everyone in the room could hear her nose break but all Britney did was mutter, “I’m sorry” and continued the practice. When Dawn was in too much pain to bear, she finally left practice to go to the doctor who claimed she had a nasal bone fracture and needed surgery.

Britney Spear’s team insisted they would compensate the dancer for her medical bills but Dawn Noel was repeatedly ignored when she asked for the compensation. She will now file a lawsuit Monday for compensation for the broken nose against Britney Spears.

One interesting question in this story is why Britney was so disheveled and confused at rehearsal and why she would not stop the rehearsal for the poor girl with a broken nose.

In a recent article in TMZ, she is pictured with a huge bodyguard in Hawaii while vacationing. Perhaps due to her old ways, the people closest to her are being overly protective causing her to feel suffocated.

Or perhaps she is starting to display some of her old unstable behavior. According to the NY Daily News, behind the scenes at X-Factor she was fairly “toxic”. A source said she acted like she was on a different contract than everyone else, wandering around the set aimlessly in her own world and showing up late.

She let Simon Cowell down in her performance on X-Factor and was acting strange in the shoot of her perfume commercial. Spears insisted on doing her makeup herself or messing up the makeup that was done for her. She wanted to fly Vanilla Ice in for a duet with her, a strange request to say the least. When that didn’t work out, she demanded exotic animals be flown in to the shoot.

Most recently though, she was spotted in Hawaii with a perfect bikini body, acting happy and carefree with her boyfriend David Lucado. Hopefully she truly is happy. If she is demanding on set and acts like she is better than other people, this is not too far-fetched considering she is a celebrity.

Unfortunately, the other more concerning incidents are starting to get noticed and one must wonder what is happening to Britney Spears? How will Britney Spears fair with this lawsuit against her for a broken nose? Is she spiraling downward but, because she is so well protected, the world does not see it yet? Hopefully, she is not in trouble emotionally. If she is, she needs help soon before it is too late.