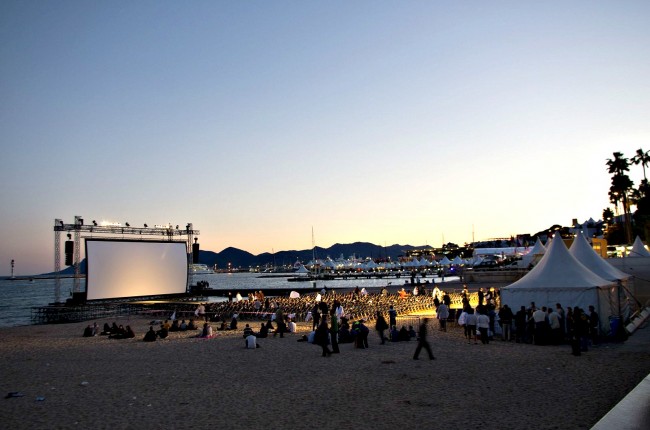 It is considered by most to be an extended party with the most elite of the rich and famous, but the Cannes Film Festival serves a much bigger purpose. It is one of the leading factors in helping to make a movie a hit or a miss. Every year, hundreds of thousands of actors, actresses, movie insiders and fans descend upon the French city with hopes of getting a good deal of press surrounding upcoming movies, as well as distribution deals and grants for those movies. On top of that, over 3,000 journalists from all over the world usually attend, making it one of the biggest media events. It is trumped only by the Olympics.

Just having a movie shown at the Cannes Film Festival is of high regard. However, the largest part of the notoriety of the festival is given to the films that are a part of The Official Selection. It is considered the main event of the 12-day long affair. 20 films that are screened at Cannes compete against each other (officially called “In Competition”), in hopes that the selected juries of the Festival’s board of directors deem their work worthy enough to recieve the Palme d’Or or “Golden Palm”. The award is a near equivalent to a Best Picture win from the Oscars. There are other categories as well, such as the Un Certain Regard section and the Directors’ Fortnight choices. However, entries going for the Palme d’Or are considered the top-tier picks of the festival.

This year, films starring  Twilight leads Robert Pattinson and Kristen Stewart, will help showcase the two young actors out of their most popular, teen-driven roles. Other entries in the 2014 Festival include more serious turns from comedic actors, such as Channing Tatum and Steve Carell. Movie critics are also a heavy part of the event and their critiques, along with the opinions of the audience, usually foreshadow success on movie screens in America, as well as the world over. However, the decisions of the audience can heavily differ from the choices of the selected juries.

Pulp Fiction, the dark comedy cult hit from Quentin Tarentino, won the top honor of the Festival when it premiered there in 1994. Although the audience enjoyed it, it was loudly booed and jeered when it walked away with the Palme d’Or. It was said that audience members believed the film Three Colors: Red, was more worthy of the honor. It was the final film produced by Polish filmmaker Krzysztof Kieślowski before his retirement in 1994 (and subsequent death two years later).

Animated features have also been a part of the hit and miss history of the Cannes Film Festival. In 2001, Shrek became the first animated feature in 50 years to make its premiere at the prestigious ceremony. The hilarious tale of an ogre, a donkey and the quest he begrudgingly went on, was a huge hit with the audience and it went on to bring in over $1 billion for the entire franchise.

The audiences at Cannes do not always get things right. In 1976, Taxi Driver, directed by Martin Scorcese, was booed loudly for its scenes of violence and the ways of lead character Travis Bickle, played by Robert DeNiro. The boos were louder when the film won the Palme d’Or of that year. Taxi Driver went on to a huge success when it debuted on American movie screens, bringing over $28 million dollars later that year. It also received four nominations at the 49th Annual Academy Awards and was eventually placed on TIME Magazine’s 100 Greatest Movies of All Time list. The festival may not always help a film maker “make” their career, but it can certainly nearly break one.

One movie that definitely proved the power of the Cannes Film Festival and its audience was The Brown Bunny, directed by Vincent Gallo. The tone of the 2003 film and the inclusion of an overt sexual scene was booed quite loudly and heavily when it screened at Cannes that same year. Late film critic Roger Ebert, who was in attendance, considered the experience of the screening “disastrous”, expressing that the film itself was “simply awful”. Gallo promised to never make another film again, although he has since reneged on that claim.

With 47 films set to make their debut this year at the Cannes Film Festival, the hits and misses are never easy to figure out from first glance. However, with film lovers and the people who create those films all in one place, it is a true celebration of the process that brings a movie from a script to theaters all around the world. The festivities of the 2014 Cannes Film Festival are set to end on May 25.

3 Responses to "Cannes Film Festival: The Hits and Misses"