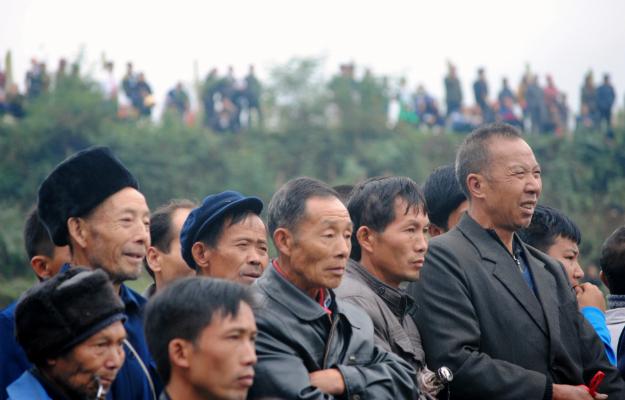 China is contending with a demographic time bomb as the country confronts a severe shortage of women for marriage aged men. Overall, China’s population includes approximately 10 percent more men than women. While the ratio of male births to females has dropped to 118 males to 100 females, the improved ratio of female babies does not help the throngs of bachelors who will probably never find a mate. The demographic problem is that China still needs more women and no solution is in sight.

In order to deal with a potential population explosion, the Chinese government instituted a policy in 1980 that urban couples were allowed only one child and rural couples were limited to two children. A strong cultural preference for sons created a nationwide problem once ultrasound technology became available about the same time as the birth limitation was enacted. Although couples were not allowed to find out the sex of a fetus, the practice of doctors and medical technicians spilling the beans became rampant. This led to many abortions based on the female sex of the baby. Further, female infanticide was a centuries old problem in China before the “one child” policy was even adopted. The government policy exacerbated the problems related to the longstanding cultural preference.

Some blame the United Nations and western technology for the excess number of men in China. The United Nations Population Fund, formerly known as the United Nations Fund for Population Activities (UNFLPA), contributed resources to assist the effort to curb population growth. This assistance, when added to the cultural preference for sons and “one child” policy, may have added to the female infanticide problem but likely was not the cause. Most of the ultrasound machines used in China during the 1980’s were produced by the Chinese themselves.

The shortage of marriage aged women is most dire in rural areas. Many rural villages have a large surplus of bachelors and no unmarried women at all. Men typically pay the father of a bride for the privilege of marriage. In rural areas, the lowest cost of marriage in just over $1,100. For many village men making about $.50 per day, the ability to marry is virtually nonexistent. Many men have obligations to help care for their parents; therefore, moving is not an option. They still need to remain in their village outposts, even though the odds of finding a woman elsewhere in China would be greater.

The business of human trafficking is alive and well in China to meet the demand for brides. The cost of a bride received from traffickers is often less than the dowry fee. A rural Chinese man could possibly pay $500 to traffickers for a bride. The women are either kidnapped or tricked into leaving home with unfulfilled promises. Some of the women are able to escape, but many stay.

The excess number of bachelors means that China still needs more women. Given that the shortage will exceed 30 million or more soon, no magic button exists to solve the problem. Many men will remain unhappy over their lack of a wife and children. Attempting to limit population growth years ago set in motion another problem that appears without a viable solution.