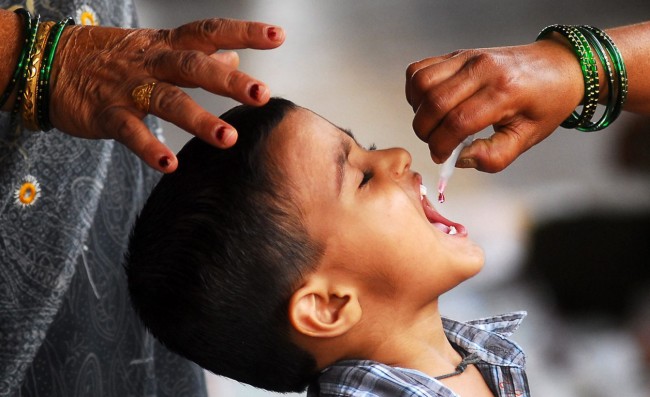 Like most government agencies, the Central Intelligence Agency (CIA) enacts some initiatives that may have productive, protective intentions and yet still cause unintended consequences that shake the world. The White House has responded to widespread backlash from the public health community after recent CIA efforts have involved toying with global health through “fake” vaccination campaigns.  It is thought that these international programs have led to dozens of Pakistani health worker deaths and a global mistrust of vaccination programs that fuels the spread of diseases like Polio. This week the CIA made an announcement that it has halted its use of sham vaccination campaigns as a ploy for intelligence operations.

Tensions initially flared in 2011 and 2012 after it was discovered that the CIA was using health workers to administer a hepatitis vaccination program in Abbottabad, Pakistan to get DNA from Osama bin Laden’s relatives in order to uncover his whereabouts.  The Taliban and its supporters viewed the health worker activity as a treasonous collaboration with the U.S. government and at least 16 Pakistani vaccine workers were killed.  Dr. Shakil Afridi, one of the doctors involved in this particular vaccination campaign, was sentenced to 33 years in prison.

Extremists have continued to react to international vaccination programs after this discovery, as a lasting mistrust of vaccinations and the U.S. persist.  More health workers have been murdered that had been participating in a campaign to vaccinate children against polio, a crippling virus that the global health community has been aiming to eradicate. The backlash over the past few years has caused health workers to become afraid to do their work.

It is not as though the operation to collect DNA in hopes to capture Osama bin Laden represents the birth of vaccination program distrust.  For years, there has been an international fear of vaccinations as causes for sterility and HIV.  Nonetheless, prior to the 2011 CIA ploy, opposition rarely resulted in an attack on health workers.

In spite of the unethical intentions of the 2011 international sham vaccination program, the actual vaccines had been and still are real, according to an American senior counter-terrorism official. Many Pakistani children would have been fully immunized if not for the death of Dr. Afridi and the many other health workers serving their country to eradicate hepatitis and polio.

The CIA announcement to halt sham vaccination campaigns as ploys for intelligence operations was made in response to a January 2013 letter written and signed by 13 public health school deans across the country, pleading with the U.S. government to discontinue its use of vaccination programs as a cover for intelligence operations.  The White House response, released earlier this week, indicates that the CIA enacted a policy to cease use of vaccination programs in August 2013.  If the policy was enacted last year, why make the announcement now?

The response appears to be timed strategically as a frightening resurgence of polio is being reported in at least 10 countries, predominantly in the Middle East and Africa.  While it is not possible to completely blame CIA sham vaccination programs on the resurgence of diseases like polio, the situation has certainly not helped; Pakistan is one of the main “exporters” of the virus.

Dr. William Schaffner, chair of preventive medicine at Vanderbilt University in Nashville, Tennessee, said that it would be a tragedy for polio to be reintroduced into the U.S., but totally possible.  It was fully eradicated in 1979 through vaccinations, but with a growing number of parents skipping or delaying childhood immunizations, children could once again be susceptible. U.S. health officials fear that the latest reports of polio may be just a plane ride away.

There are a number of reasons for this trend, including fear of unintended consequences of vaccinations, loose nonmedical exemption policies, and a general lack of concern over infectious diseases, since vaccines have been responsible for keeping many of them out of the public eye.  In fact, vaccines are extremely effective–saving an estimated six million to nine million lives each year worldwide. In the United States, immunizations have decreased vaccine-preventable diseases by a staggering 95 percent.

The CIA announcement that is has halted sham vaccination campaigns as ploys for intelligence operations has come at the right time; the public is discussing the importance of vaccines as cases of polio, measles, MERS and other frightening diseases are cropping up at home and abroad. The public health community can do plenty to reverse disease through education and action, but it must also regain global trust.