Driving Superstitions and the One That Possibly Caused Three Car Accident 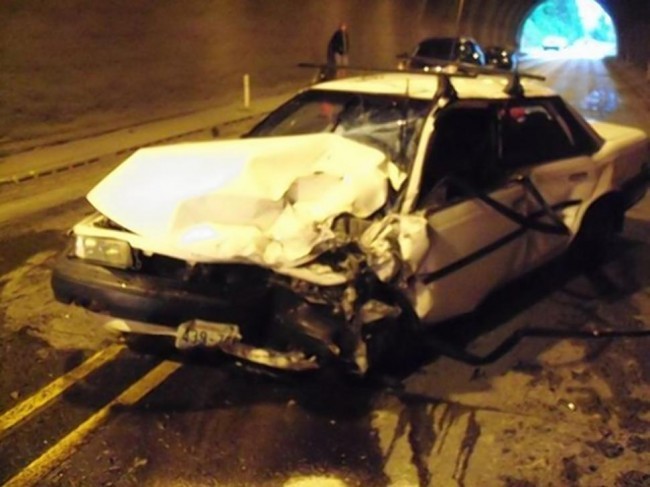 Superstitions are prevalent in all walks of life among all types of people. They are particularly ubiquitous among athletes, students, brides and small children. Except for extreme occasions, superstitions are considered mostly harmless, but not so for the four people hurt yesterday when a teenager holding his breath, quite possibly due to a superstition, while driving through an Oregon tunnel fainted, causing a three-vehicle accident.

The crash occurred on U.S. Highway 26 west of Manning, Oregon, at approximately 4:45 p.m. on Sunday. According to Oregon State Police, Daniel J. Colhon, from Snohomish, Wash., was driving his 1990 Toyota Camry west near milepost 40 when he approached a tunnel and decided to hold his breath, causing him to faint. While it us unknown exactly why Colhon decided to stop breathing for a time, there is a fairly common driving superstition that involves holding one’s breath and driving through tunnels. After he fainted, Colhon’s Camry crossed the center line and hit a 2013 Ford Explorer head-on. The collision sent both vehicles crashing into the walls of the tunnel. A 1999 GMC pickup then crashed into the Camry. The accident caused the closure of the tunnel for two hours.

Calhon was taken by ambulance to Legacy Emanuel Medical Center, as was his passenger, 19-year-old Bradley Meyring of Edmonds, Wash. The driver of the Ford Explorer, Thomas Hatch Jr., 67,  and his wife, Candace, 61, of Astoria were also transported via ambulance to a nearby hospital. As of Monday, Meyring was in serious condition, which Calhon and both Hatches were no longer registered at the hospitals.

The 19-year-old driver has been cited by Oregon State Police for assault, reckless driving and recklessly endangering three other people. According to Lieutenant Gregg Hastings, police are not sure why Calhon decided to hold his breath. It is entirely possible that Calhon was taking part in the driving superstition regarding holding your breath while driving through tunnels. It may seem strange, but it is only one of a number of odd driving superstitions. Most people know the other superstition which involves holding the breath, only this one pertains to driving by cemeteries, where not breathing is supposed to show respect for the dead. Other schools of thought are that an open mouth while passing a graveyard is an open gateway for spirits to enter your body or that it is a sign of disrespect to breathe in front of those who cannot.

Perhaps the most common driving superstition is the belief that a black cat crossing one’s path will lead to bad luck, although some believe it leads to good fortune. In addition, there are different beliefs as to the ways in which to cancel out the bad luck brought by the cat. Suffice it to say that most people have some sort of superstition involving black cats crossing their path.

For those who are not fond of cats, the Japanese have a superstition that says if a person whistles while driving during the night, a snake will appear. It is unclear where the snake will pop up, but pop up it will should one dare to whistle behind the wheel of a car at night. Exactly what the snake will do besides appear out of nowhere is unclear.

Another belief mandates that spare change be tossed on the floor of a car newly purchased by a friend or family member. Although this practice more than likely sprang from wishes of good luck or good fortune, it now just seems more practical for a driver to have coins at hand for toll booths and parking meters.

Driving superstitions are as old as driving itself and even the strangest of them are relatively harmless. When they begin to involve holding one’s breath for a period of time or engaging in other risky behavior behind the wheel, it might be safer for everyone involved to forget the superstition and just run the risk.