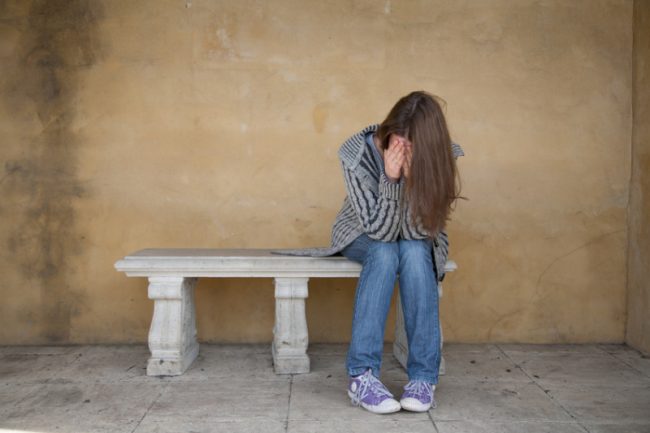 Depression is a debilitating disease that affects far too many people in society. There are many lasting affects associated with the disease but one surprising finding comes out of University of Alberta. According to The University Herald researchers have found that early depression in youth can cause problems in one’s love life years later. Apparently the depression and anger felt can show up in major life events later on in life such as careers, marriages and child-rearing.

Assistant professor Matthew Johnson in the Faculty of Agricultural, Life and Environmental Sciences at the University of Alberta said that many people assume that high school experiences fade away, but the reality is that symptoms of depression and feelings of anger have lasting effects. It is; therefore, increasingly important to target the depression that young people suffer from before it gets out of hand. Apparently these problems do not just disappear. He says that how one grows and changes after the depressive event is crucial to future happiness.

Researchers in the study surveyed 163 men and 178 women for a period of time between ages 18-25 and again when they were 32 to see their stress levels. They studied the quality of their relationships at age 43 to find out if the anger and depression they felt as young people still affected them in their intimate relationships.

The study reveals the importance of seeking help for early depression as anger could affect one’s love life years later and it could lead to costs in terms of divorce and domestic violence. Johnson claims that people can help themselves by recognizing that earlier chapters in their lives shape who they are as adults.

Teens are more susceptible to depression than others because of the hormones they are experiencing and the behavior they are subjected to in high-school. Often teens who are unpopular are made fun of, made to feel like lesser humans and generally disregarded. These feelings can accumulate and lead to anger, outrage in the form of things like the columbine shooting as well as depression and isolation in some. The education system should work towards finding a solution to many of these problems all too often seen as teen angst.

What can be done to target early depression in young adults though? This is an interesting question. The Mental Elf reports that 20% of children up to the age of 18 will have suffered depression or anxiety. Apparently Cognitive Behavioral Therapy programs offered by mental health professionals to youth were effective for helping anxiety. One particularly helpful program was the FRIENDS program developed in Australia. The program involves fun activities such as stories, games, quizzes and role plays designed to teach children practical skills to replace negative thoughts with more helpful ones that control anxiety. Parents and care givers also participate in the program.

Researchers claim there is a need for further study into this before any programs are implemented into the curriculum. Studies have uncovered that mental health programs based out of schools have a short-term positive effect on depression and anxiety in youth.  Early depression is debilitating and a finding such as this, that anger can affect one’s love life years later emphasizes the need for further study. It is promising to note; however, that these programs could have a positive effect on youth. Perhaps the government should consider investing some money into this as it could prove cost-worthy later in terms of money spent on paid leave from work due to depression symptoms and the medical costs associated with the disease.

The Mental Elf
The University Herald