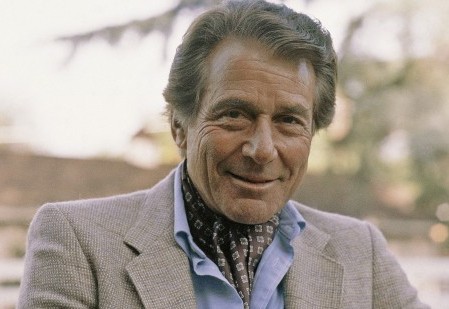 The news that Efrem Zimbalist Jr. has died at age 95 is saddening, this man was the face associated with the F.B.I. for years and a part of television history, but he also had a surprising comic book and video game connection. The deep-voiced cultured characters that made up so many of Zimbalist’s performances was pushed to the side after he left television screens as Inspector Lewis Erskine on the long running TV program The FBI.

While the decorated WWII hero would continue to work steadily in the medium that made him a household name, including working on his daughter Stephanie’s show Remington Steele between 1983 and 1987, he branched off into doing voice acting for animated programs. His association with these animated shows would bounce between the comic book worlds of both DC Comics and Marvel. In the same year that he began working in animated projects Efram also began working in the video games industry doing voice work as well.

In 1993 the actor worked in both genres. First, he worked on a video game titled Gabriel Knight: Sins of the Fathers which was a Horror/Mystery game. Zimbalist played Wolfgang Ritter, an old family friend of Gabriel Knight (played by Tim Curry) who sets Knight off on his journey in the game. In the very same year Efram worked as Alfred Pennyworth (voiced the character) in the animated program Batman: Mask of the Phantasm. Both of these “animated” features were not the first time the versatile actor worked on an animated program however. This surprising connection to comics and video games started two years earlier for Efram who began work on another comic book animated series.

In 1991 Zimbalist Jr. began working on The Legend of Prince Valiant an animated series based on the popular comic books of the time. The show ran from 1991 to 1994 and the actor voiced King Arthur throughout. Interestingly enough, one other actor’s name from this show pops up in the credit’s list for the 1993 video game, Tim Curry worked on both projects with Efrem.

Throughout the later part of his career, the actor worked on three video games. Once as a plot pivotal character, Wolfgang Ritter inSins of the Fathers, Alfred Pennyworth, Batman’s devoted butler, in Batman: Vengeance and Doc Ock in the 2000 game Spider-Man.

While Efrem Zimbalist worked “both sides of the legal fence” in animation, he voiced villains as well as “good guys,” but it is the actor’s work as Alfred, Bruce Wayne’s everpresent butler that is of most interest. According to trivia on the late actor’s IMDb entry, he played Alfred Pennyworth on no less than five animated television series. What the trivia entry does not include are Zimbalist’s roles as the butler in: a video game Batman: Vengeance; two animated videos – Batman: Mystery of the Batwoman and Batman: Vengeance and one TV movie – The Batman Superman Movie: World’s Finest. This must be some sort of record for portraying Alfred Pennyworth.

In the world of animated shows and video games, Efrem Zimbalist Jr. played a range of characters. In Marvel’s Iron Man, he played Justin Hammer, who shows up in the Iron Man 2 movie. Hammer, in the comic verse of Iron Man, is a bitter enemy of Tony Stark and he meets a fitting end. When looking at the Zimbalist’s long career, which started by his playing private detectives and then the “face of the FBI,” this surprising video game and comic book animation connection of the late actor show just how diverse his talent was. For a full list of all of the late actor’s credits on animated shows and video games follow the link to his IMDb entry.