Every Pair of Pants Has a Silver Lining 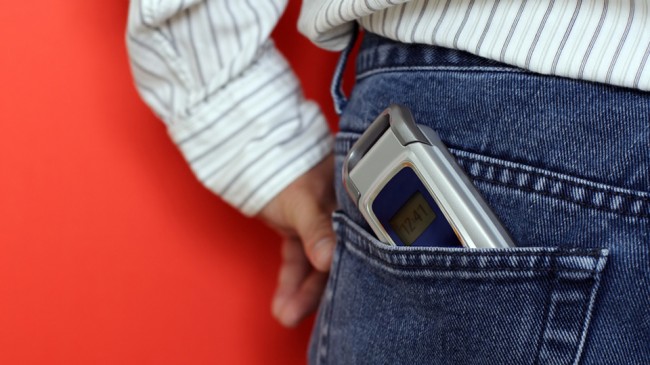 She may have diamonds on the soles of her shoes, but he can compete in the fashion stakes now by wearing full metal underpants. Some men like to call what goes inside their intimate garments, as the “crown jewels” and a scientist is proposing that such gems should go in a silver-lined casing. This is to protect them from all the perils of modern living, which is having a devastating effect on sperm count. It might make choosing a pair of “lucky underpants” a great deal easier.

Called the Wireless Armour, the special boxer shorts are designed to contain a special “Faraday cage” made from a mesh of silver threads, which will shield the vital parts from radiation. Joseph Perkins,26, came up with his plan for privates protection when he was working in Switzerland. He realised his manhood was at the mercy of a great deal of radiation in the atmosphere and from all his many gadgets. The physics graduate and now fledgling entrepreneur and CEO decided to come up with a solution.

Perkins is now using crowdfunding to launch his project , and once he has raised the venture capital he plans to sell his silver pants for around $58 a pair, which is quite expensive, but then so are Calvin Klein’s.  He is also hoping to introduce a bra with the same function; not for men of course.

Perkins is worried about interference, but he means the electronic kind. He says that all key government and military installations are screened by Faraday cages, so why not the equally vital male genitalia? Invented by the famed Michael Faraday himself in the 1800s the cage evenly distributes electromagnetic radiation. It is doubtful that he ever envisaged his discovery to be utilised in quite this fashion.

Gentlemen concerned about possible freshness issues in the nether-regions can rest assured that the silver underpants have antimicrobial properties, preventing the build up of any unfriendly odours.

The inventor believes that all sorts of everyday activities, such as walking around with a mobile phone in a trouser pocket, and sitting with a hot laptop on the knee, are slowly eating away at worldwide sperm counts, and that fertility is under threat. Ever present wireless devices, from wifi to voice texts and 4G have brought about the need for Wireless Armour.

To save the health and vitality of “little swimmers” everywhere, Perkins’ pants have been thoroughly tested and found to shield 99.9 percent of all radiation. “Worrying links” have been detected in men with erectile dysfunction who use their mobile phones for longer each day. Holding a mobile phone for more than four hours on a daily basis has consistently been found to affect sperm, both in count and in quality.

The silver shorts will be available in two styles, loose trunks, and tight –fitting, and can have additional rear protection, known as the 360 model, if preferred. A lot will depend on which pocket a man slides his phone into.

Many men, young and old, who care about their vital, bare necessities, will feel that the world is a safer place for them if every pair of pants has a silver lining.

One Response to "Every Pair of Pants Has a Silver Lining"