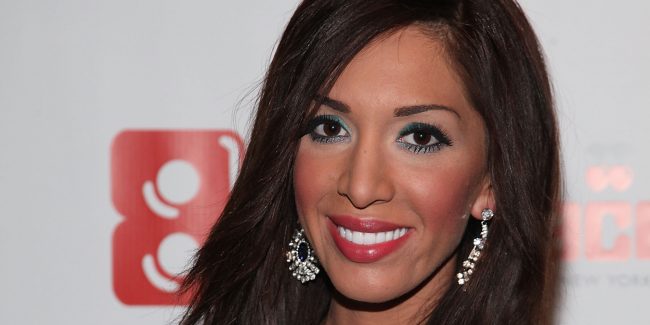 Back in March 2014, the network wanted to bring the show back for its fifth season. Three of the girls were up for it on one condition, Abraham would not be a part of it. According to sources close to the three women, they do not way someone around talking about sex toys when their children are on the show. It seems like the network has agreed and decided to cut the 22-year-old out.

Teen Mom has not been on air for two years, but the season wants to bring it back. It comes after the hype from last year’s special on Bookout.

However, there has been some talk about criticism from the network. The same network ran Jersey Shore, which was all about sex and partying. There is also the fact that Portwood has been jailed in the past, so will not quite have this perfect image. The idea that the 22-year-old porn-star does not represent the network is questionable with that in mind. It seems that the idea to run the show was more important, and the “bad influence” idea was concocted as a good reason.

The decision to cut Abraham from the Teen Mom talks has not upset her. She is certainly not showing that if it has. The 22-year-old recently admitted that she was never very good friends with the other three girls, and prefers to keep her life separate from them anyway.

The idea for a fifth season comes at a time when Lowell announced that she and her boyfriend, Tyler Baltierra, are trying to conceive again. Their child was put up for adoption four years ago, but they may have decided that they are now ready to be parents. It could be the perfect storyline for the network to show in the season, and will certainly bring up some drama with talk of the decision to put a child into the system coming up.

For now, it seems like the three girls are up for the fifth season. They are negotiating deals, now that Abraham has been cut from the Teen Mom talks.

One Response to "Farrah Abraham Cut from Teen Mom Talks"