Fighting MERS With Lessons from SARS 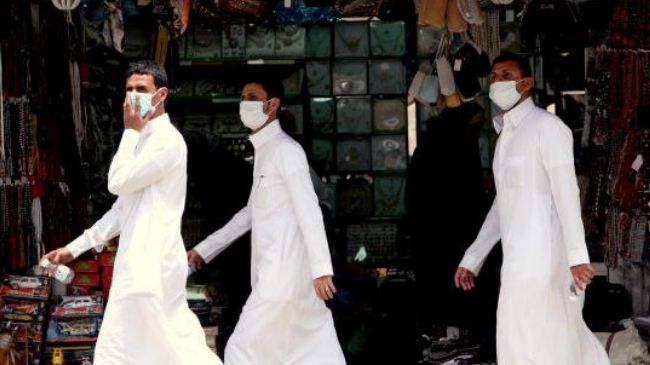 During the 2003 Severe Acute Respiratory Syndrome (SARS) outbreak, people eyed each other suspiciously in airport lines, travelers changed plans to avoid infested areas, and shopping malls and theaters were empty in cities that had outbreaks. Now, as people infected with Middle East respiratory syndrome (MERS) are being identified outside of Saudi Arabia, will fear of an epidemic cause the type of response experienced worldwide a decade before? Can health officials successfully employ lessons learned fighting SARS and other outbreaks to stop MERS?

In countless thriller movies like Outbreak (1995), Contagion (2011), or even World War Z (2013), pictures have been painted of a frantic effort to contain a mythical virus or condition threatening to spread worldwide. While the basis of some entertaining movies, real-life viruses have threatened pandemics several times in recent years – from swine flu to bird flu to SARS to the current Ebola and MERS epidemics. They are spreading fears within the local areas impacted and heightening awareness that the viruses are one plane flight away from spreading elsewhere.

In fact, news outlets reported today on the first U.S. MERS patient being treated in an Indiana hospital after traveling on planes from Saudi Arabia, through London to Chicago, then on to Indiana via bus. This is leading health officials to contact anyone they can identify that he might have contacted on his travels, but what about in the airports?

A CNN article today talked about the SARS reaction and whether lessons employed in fighting its spread can be used to control and contain MERS. SARS and MERS are both deadly coronaviruses that affect respiratory systems, although so far MERS is not as contagious as its sibling.

One city that learned a lot at the height of the SARS epidemic, which killed 774, was Hong Kong. The city had developed a sophisticated disease control infrastructure. Since they knew that the virus spread outside Asia via air travelers, they were scrupulous about monitoring people in airports. In fact, they had even set up heat sensor in airports to check for high temperatures. The Chinese also publicly emphasized the need for preventive measures – from hygienic hand-washing to mask-wearing – to stop the spread that have now become de rigueur in efforts to fight epidemics.

Professor Malik Peiris, Director of Hong Kong University’s School of Public Health, acknowledged how SARS marked the re-emergence of infectious diseases as a major concern. It led to resources and things like isolation wards being allocated to combat infectious diseases. As a result, Hong Kong has now become a leading center for epidemiology and virology on infectious diseases, which came in when bird flu and other viruses emerged in the area. They are now working with the World Health Organization (WHO) and other public health agencies on MERS.

Publicly, education about hygiene and disease containment around the world is better following SARS. Awareness of issues with coughing and sneezing in public, using hand wipes or alcohol wipes, wearing masks to protect others from infection, “these are direct results of SARS,” according to Peiris.

The newer MERS virus was first identified in 2012 in Saudi Arabia. There have been about 400 cases so far that have been reported to the WHO, with approximately a third resulting in deaths. The number of cases in 2012 and 2013 were limited, but is have surged this year. Some experts fear that a gene mutation has made the virus more transmissible, but others believe mishandling in treating patients helped it spread.

The patients in this outbreak, include the one now in an Indiana hospital, had all traveled in Saudi Arabia. The symptoms include fever and shortness of breath, which can indicate pneumonia, but there have been some cases with mild or other respiratory symptoms. The WHO recommends any hospitals test patients who present with illness symptom who were in the Middle East within the two weeks before. So far, however, no travel advisories have been issued regarding travel to and from the Middle East.

The Kingdom of Saudi Arabia, though, is showing a willingness (especially since the King replaced the health minister last week) to take lessons from SARS to heart in fighting the MERS outbreak. The Saudi government has issued new guidelines for Haj and Umrah pilgrims. They recommend wearing masks in advised crowded places, especially during the circling of the Kaa’ba (Tawaf), the stoning (Rajm), and while walking between Safa and Marwa (Sa’i). In addition, the Saudis have urged the elderly, any chronically ill pilgrims, children and pregnant women not to perform the pilgrimage this year. The guidelines came after the WHO convened emergency MERS talks last week to express concerns about the upcoming Haj, when millions of Muslims travel through Saudi Arabia, and the current epidemic.