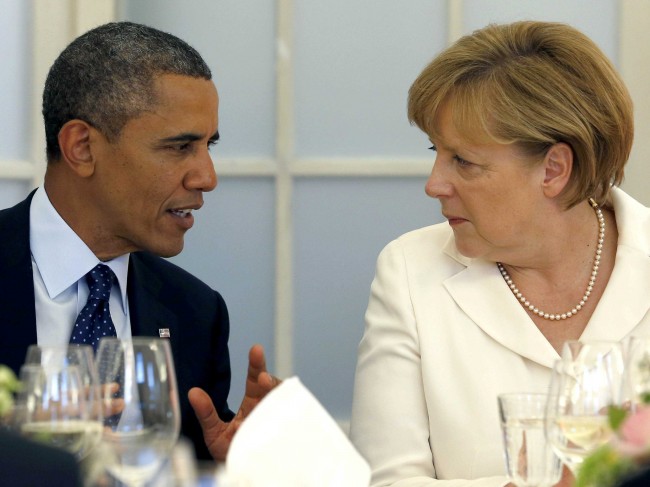 German lawmakers are in the middle of deciding when and where to interview former United States intelligence contractor Edward Snowden, who leaked information last year about the U.S. National Security Agency’s (NSA) spying program to the rest of the world. While his grant of asylum in Russia expires next year, he has written to other U.S. allied European countries that have rejected his requests for asylum.

German parliament’s conservative head of an eight member inquiry panel, Roderich Kiesewetter, stated that most lawmakers in parliament have agreed that they want to hear what Snowden has to say regarding NSA spying activities on German citizens. Chancellor Angela Merkel had already met with President Barack Obama previously regarding NSA spying activities in Germany, upon hearing that her personal cell phone was being wiretapped. In response, Obama stated that the program would discontinue its spying on her and other allied leaders.

However, German lawmakers have yet to decide whether or not Snowden should be brought to Berlin to testify in person about NSA spying activities. Since Germany is an ally to the U.S. Snowden possibly risks being detained if he sets foot on German soil. Another suggested option would be to interview him through an online connection, but other members disagree, saying the connection would not be secure.

Many German lawmakers who want to interview Snowden say that the best option for him to freely testify would be in person, right in front of German parliament in Berlin. Yet, Angela Merkel’s conservative coalition is strongly opposed to the idea of bringing Snowden to Berlin, due to fears that his presence would greatly strain relations with Washington. Relations between the two nations have already been damaged ever since it was revealed that the NSA had tapped Merkel’s personal phone.

Supporting the chancellor’s views, Germany’s Christian Democratic Union (CDU) has disagreed with letting Snowden fly to Germany for the interview. The party cites again its fears that ties between Germany and the United States would become even more strained.

As a part of Merkel’s conservative coalition, the center-leftwing Social Democrat Party (SPD) shares power within the coalition. They have stated that they also support the idea of interviewing Snowden. According to the party, it is irrelevant whether they have to travel to Russia or bring Snowden to Berlin for the interview. However, SPD’s opposition within the party is in favor of having Snowden come to Germany to testify openly.

Despite certain governmental pressures from Merkel and the conservative coalition, the majority of German lawmakers have agreed to interview Snowden. According to Martina Renner, head of the German Left Party and member of the special panel, the party voted unanimously in favor of the interview.

Simone Peter, chairperson of Germany’s Green Party, accused chancellor Merkel of bowing to Washington, stating that she has displayed cowardly behavior towards Germany’s ally. She went on to state that the country owes the U.S. nothing in this matter. Her party also states that the German government needs to make a conscious effort to provide a safe passage to Berlin for Snowden so that he can present his evidence to the parliament. However, Merkel stands opposed to his physical presence in the country.

In a report released by the German newspaper Der Spiegel, members of the Committee of Inquiry were warned that legal issues may arise if they choose to interview Snowden, no matter where this occurs. A law firm in Washington states that questioning Snowden could become a chargeable offense if he was asked to disclose confidential information. German lawmakers may also be charged with “conspiracy” or “theft of state property,” if they ever decided to enter the U.S., despite diplomatic immunity.

Even though the German parliament has proposed a meeting to interview Snowden, Merkel and the rest of the government stated that they will not cooperate with the panel, and that they would only be given little access to an ensuing “bilateral no-spy agreement” being negotiated in the U.S. capital.

Snowden’s release of  information that revealed that the NSA had tracked enormous amounts of phone data from ordinary German citizens, for at least a decade, has angered the German public. This has heavily damaged diplomatic ties between Germany and the United States. Future ties between the two nations are likely to become even edgier, as German lawmakers aim to interview Snowden.