By Michael Smith on May 10, 2014Comments Off on Seth Rogen Cultural Guru 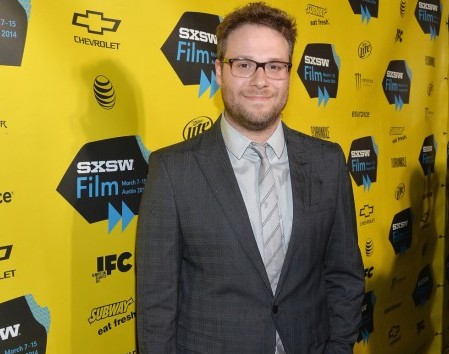 Seth Rogen, and his latest film Neighbors, which opened this weekend, has turned into a sort of cultural guru. A barometer, if you will, of what is culturally relevant. In so much as he has written quite a number of his films, except for this weekend’s offering, the 32 year-old “Jack of many trades” is very similar to Joss Whedon. Both men have the knack of knowing and showing what the “hip” folks are all saying, talking and thinking about.

Granted, Neighbors is not listed under any of Rogen’s writing credits on IMDb, but the film does contain quite a number of cultural references. For example, how many people know what “trill” is? This was mentioned in one of the many reviews on the Internet at the moment of Rogen’s latest feature film . Considering that Seth’s IMDb “bio” contains a statement about nerds always complaining perhaps the quickest way to find out what it means is to find your nearest nerd. Of course asking the question may lead to a litany of complaints about the knowledge seeker.

Instead of working through the many definitions of the word itself, it may be more interesting to contemplate the overall allure of Rogen and his comedic offerings. This would best be served by watching a marathon of his films, beginning with Pineapple Express. This genial comic, except on the subject of Justin Bieber, could be seen as the “new” Cheech & Chong. Interestingly enough, both Tommy Chong and Seth Rogen began in Canada, although like the song says, Cheech Marin was Born in East LA, the point is that both C & C and Rogen were/are cultural gurus of a sort.

“Back in the day” Cheech & Chong did cult classic comedy routines that dealt with stereotyping, drugs, and cultural references of the time. Rogen has a very similar approach, but as times have changed somewhat, his approach is very “pot” oriented. Seth also provides the same stereotypical statements and his cultural references, for a 32 year-old man, are generally spot on. Working in Los Angeles may have something to do with his being on top of pop culture as the film capital of the world is youth oriented enough to be knowledgeable about culturally significant things.

Rogen, who got his start as a stand-up comic, generally works as part of a team. Usually this partner is attractive and almost equally adroit at delivering comedy. James Franco shows up on a regular basis and now it seems that Seth and Zac Efron are forming a new bromance. On a side note, it seems that even performers who are not well known for their comedic skills come off brilliantly when working with Rogen.

Take, Katherine Heigl for instance. In the 2007 comedy Knocked Up Heigl, despite that fact that she hated the film, rocks it out of the metaphorical stadium. Her character, who was pretty unpleasant in some aspects, was the perfect backboard for Rogen to bounce comedic interactions off of. The entire “I didn’t read the book” scenario is brilliant on so many levels and most folks find the film wildly funny. Is this because of Heigl or Rogen? The answer is obvious. Rogen brings out the comic best in his film partnerships.

Even in a movie where he makes no appearances, like his voicing of the alien inPaul he delivers. Considering his “competition” in the film, Simon Pegg and Nick Frost, his “E.T” stood right up and slugged it out toe-to-toe with the two comic co-stars. Leaving comedy alone, as this is about Seth Rogen’s cultural guru-ness, the comic has a finger, or two, on the cultural pulse of the nation. This shows when watching his films, “back-to-back” and realizing that while the pot and drug references are in most films, each project contains references to pop culture at the time the movie was made. Cultural guru? Probably. Comedic guru? Definitely. Neighbors is out in the cinemas now.