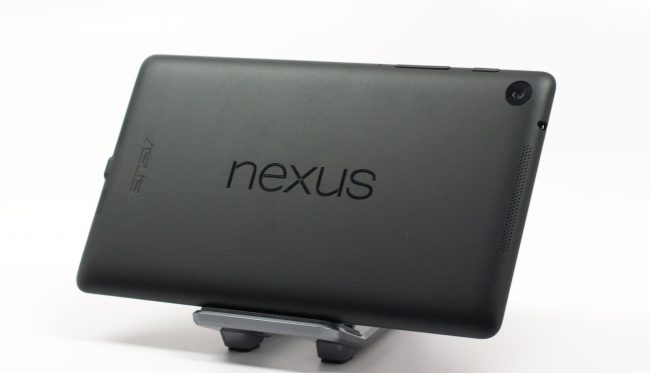 New Google Nexus rumors have suggested again that the Nexus 8 is on its way. Reports suggest that the new tablet will be unveiled in July 2014, and could include the new Android system. However, there has been no confirmation of any of this from the tech giant.

Some of the rumors started after hearing of a possible new operating system launched in June. This would be Android 4.5, known as Lollipop. There are speculations that the new system will be unveiled at the annual I/O Conference, but other rumors state that Google will continue to share its 4.4 operating system.

Many have questioned the need to have an 8-inch tablet when there is already a Google Nexus 7. According to those with the rumors, such as Christian Today and The Next Digital,there is more of a demand for an 8-inch display. The Nexus 8 will also battle against the iPad Mini With Retina Display better than the 7-inch version. There is the possibility that the tech giant will choose to get rid of the 7-inch device altogether in favor of one an inch bigger.

The timing is certainly right for a new product. July 2012 and July 2013 were the dates for the two Nexus 7 tablet computers. There are expectations to at least release something new within this area in July 2014. This supports some of the new Google Nexus Rumors that suggest again that the Nexus 8 is coming.

The problem with the rumors is they have been proven wrong in the past. Throughout the end of 2013 there were rumors that the tech giant would release a new Nexus tablet. The Nexus 8 and 10 2 were the two favored options, with Black Friday, Cyber Monday and Christmas being the favored dates. However, all the dates passed, and the New Year was the next suspected timeframe. Since then, many of the rumors have died down, but there are still hopes from some that a new tablet would be released.

CNET has heard from IHS Technology, which reports that there will be an 8.9-inch tablet available later this year. The idea, though, is that the new tablet will have a premium tag price, and will not be created in the same volume capacity as other models. There are thoughts that the pricing will be more than $299, which is the fairly standard maximum for Nexus tablets bought from the Google Play store.

Only time will tell. There are always going to be rumors due to Google not releasing much beforehand. The Google Nexus 5 was released without much warning, leading to people quickly attempting to buy it on the day. There were hopes that that would be the case for previous rumors and maybe for these ones, which suggest that the Google Nexus 8 is coming again!