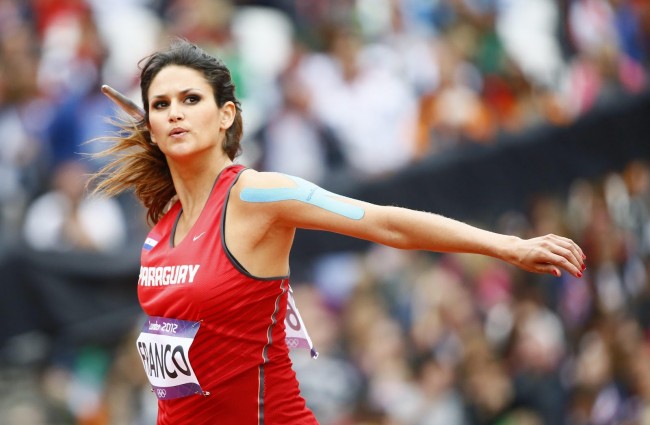 Some athletes swear by it, and so do some chiropractors and physical therapists. Kinesio tape, the gaudy strips that some Olympic athletes wore in the 2012 Summer Olympics on their legs, shoulders, or abs, may seem like a fashion statement from a cyberpunk film. So are the claims about kinesio tape and the taping method based on facts, or are they based on fad and anecdotes?

According to Kinesio UK website, kinesio tape was developed in the 1970s by Dr. Kenzo Kase, a chiropractor and an acupuncturist, who wanted to find a way to heal muscle pain and tissue damage with a sports taping method. Standard athletic training taping reduces the range of motion, he found, and could prevent the damaged tissues to heal properly. Kase developed a special type of therapeutic tape and taping technique that supported muscles and joints without restricting movement. The website also mentioned that Kase hoped to develop a taping technique that can benefit the lymphatic system. However, research currently shows that these claims have little substance.

Kevin Anderson, who is the managing director for Kinesio UK, told Reuters during the 2012 Summer Olympics that scientific research “has yet to catch up” with what physiotherapists and athletes say about kinesio tape’s benefits. He said that more research is needed to confirm the positive effects of kinseio tape, which lifts the skin to reduce pressure and alleviate pain and swelling.

However, Professor John Brewer, Director of Sport at the University of Bedfordshire in the U.K., is skeptical about kinesio tape’s “lifting” benefits and its ability to enhance sports performance. He told Reuters that he was unconvinced about the underlying mechanisms. Two years later, in an email to Guardian Liberty Voice, Brewer is still skeptical.

“[Kinesio tape] rests on the surface of the skin. As an exercise physiologist, I find it hard to understand how KT can have an effect on muscle fibres that lie beneath the fascia of the muscle,” he wrote. “The forces involved in physical activity are significant, and the likelihood of tape on the surface of the muscle having any genuine impact on the stability of the muscles is, therefore, limited. Research evidence on the claims is less than conclusive with no evidence to support the claimed increase in blood flow or lymphatic system. Some claims suggest that KT ‘lifts’ the surface of the skin; this cannot be possible unless there is a force in the opposite direction, such as pushing down on the skin, so this is highly unlikely.” 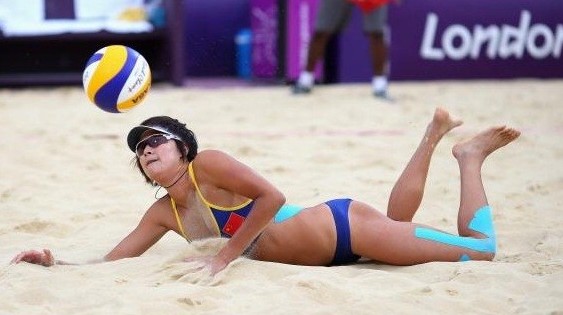 A recent meta-analysis of kinesio tape published online on April 24, 2014 in the Journal of Physiotherapy found that kinesio taping is no better than sham taping or the placebo. Researchers from the Universidade Cidade de São Paulo in Brazil reviewed 12 random trials involving almost 500 participants with shoulder pain, knee pain, chronic low back pain, plantar fasciitis, neck pain, or multiple musculoskeletal problems. In the studies that showed kinesio taping was better than sham or control group, the positive effects are very small and not clinically significant. Some of the studies were also of low quality, the researchers wrote.

Another meta-analysis that was published in the February 2012 issue of Sports Medicine also concluded similarly to the Brazilian study. Researchers Chris Watman, Ph.D., and colleagues from Auckland University of Technology in New Zealand found that there were no significant pain relief in kinesio taping. Although two of the 10 studies that were analyzed showed small benefits in improving range of motion, the outcomes were inconsistent. The researchers warrant better designed research to support the anecdotes and case studies that kinesio tape proponents claim. So far, there has not any such research yet.

For athletes who do not have any injuries, kinesio tape is more likely to provide a fashion fad statement than enhancing performance based on facts. One study that was published in the November 2013 issue of Journal of Strength and Conditioning Research found no significant differences in performance improvement among healthy college athletes who had their calves taped with kinesio tape or non-elastic tape. Researchers Marcos de Noronha from La Trobe University in Melbourne, Australia, and colleagues used horizontal jumps, vertical jumps, and dynamic balance to test their performance. They recommended that athletes should not tape their calves “when the sole reason of the application is to increase performance during jumping and balance.”

In 2011, Noah Dean, Ph.D., who taught kinesiology at Texas Lutheran University, warned his students in a video-taped lecture about the lack of credible research in how kinesio tape works. He said that he could not find one research that directly measures the theories that could explain why kinesio tape works, including friction theory, proprioceptive response theory, and range of motion (ROM) theory. However, Dean did find some anecdotal “research” that showed positive results. “We put tape on a guy, and it got better!” he exclaimed. That is not what he considers “credible.”

About 80 percent of the studies Dean found were Japanese studies, and he speculated that these researchers might be “homies” of Dr. Kase. Toward the end of his lecture, Dean questioned the theories of how kinesio tape works. In the “epidermis and dermis theory,” Dr. Kase  said that “lifting” the skin will improve blood flow in the tissues between the top layer of the skin (epidermis) and the lower layer (dermis). Dean did not buy that theory.

“When someone sprains an ankle, does that happen in the skin?” he asked his students. “If someone has plantar fasciitis, a rotator cuff tear, is that a problem in the skin? So why in the world does increasing minimal blood flow in the skin between the epidermis and the dermis, how is that going to affect the deep tissue damage? That’s my question.” Almost three years later, there are currently still no valid evidence to answer his questions.

In an email response to WebMD, physiotherapist Philip Newton, who is the director of Lilleshall Sports Injury Rehab in Shropshire, U.K., stated that the benefits may be all in the athletes’ mind, hence the placebo effect. Although it is not fully understood, any type of treatment or intervention will elicit a placebo response, which as complex cultural and contextual elements, he explained.

The bright colors of kinesio tape may be part of the reason that reinforces some of the athletes’ beliefs. Historically, many sports performers hid their strapped areas to avoid potential physical weakness, Newton mentioned. “In stark contrast, many contemporary sports people do exactly the opposite with kinesio tape. It seems that for many it is a badge of honor.”

Whether it is a fact or fad, current multiple evidence show little or no significant benefits of kinesio tape over other types of tapes and taping methods. However, if the kinesio tape offers a placebo effect to athletes, it could boost their confidence and promote more positive thinking. After all, a placebo effect “could make all the difference between success and failure,” Brewer said in Reuters.