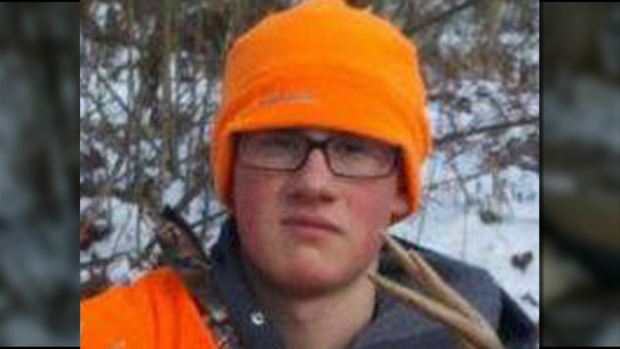 Minnesota police stated on Thursday that they were able to prevent a tragedy by stopping a teen boy’s planning of both killing his family and also bombing  the junior and senior high school he attended in the Minnesota city of Waseca.They stated he planned out an intricate complicated plan of “pure evil”.

State Police put John David LaDue, age 17, under arrest on Tuesday and accused him in juvenile court on Thursday of four counts of attempted murder in the first-degree, six counts of having incendiary or explosive devices and two counts of criminal damage to property. The charges declared that the teen allegedly told police he wanted to kill as many people as possible.

Police captain Kris Markeson explained to the media that authorities think the LaDue was acting as alone and would have performed the attacks within the next couple of weeks if he had not been caught. Markeson stated that he himself was extremely disturbed by the large amount of guns and other items the teen had been able to obtain. Markeson explained he was unable to divulge if any certain students were considered targets, however he did say that police were tipped off by a local person who reported what she felt was a suspicious person at a nearby storage area.

The police captain declared that the case was a prime example of a citizen getting involved and doing the right thing. The person called the police when she thought something did not seem to be right and by doing so she stopped a tragedy from most likely happening. Another police officer stated the plan the teen had made against killing his entire family was nothing short of “pure evil”.

Thomas Lee, which is the Waseca school superintendent, said the 11th-grader did not have any known key issues with school officials and that numerous teachers had attempted to reach out to him, but he was introverted. Lee added that they all had escaped what might have been an appalling experience.

The investigation started back at the last of March when three small explosive devices were found at the Waseca elementary school playground in the city of just over 9,000 people. It is located around 80 miles to the south of Minneapolis. The teenager allegedly stated that he had set off some practice bombs there.

In court documents, they read that LaDue had written in a notebook detailing all his alleged plans. He supposedly told police he wanted to shoot both his parents and his sister, and then start a fire in a nearby field to divert first-responders so he could go to his school and set off pressure-cooker bombs in the cafeteria. He also allegedly wanted to toss Molotov cocktails, shot students and also murder a school liaison officer while the officer was helping wounded students.

LaDue declared his final goal was to have a SWAT team kill him. He allegedly made references to Columbine, Virginia Tech and Sandy Hook school shootings in his writings, and he hero-worshipped the two Columbine shooters.

Minnesota police definitely received a break on Tuesday when the caller gave them the tip. One of their officers discovered the teen inside a storage unit which held numerous supplies which could have been put together in order to create bombs.

Documents stated that the teen was at first defensive but told the police he would tell them what he was doing if they were able to correctly guess. When one officer conjectured he was making explosives, he allegedly said yes and then agreed to talk to them. LaDue supposedly told them that he would have allegedly shot the responding officer if the cop had been carrying a gun when he showed up at the storage unit.

The teen explained to police that he also had numerous guns, bombs and ammunition in his bedroom and turned over a key to a gun safe to them. Officers discovered seven firearms, three fully working bombs and ammunition from the 17-year-old’s house, along with a ski mask and black clothes.

The teenager showed up in court for the first time on Thursday and was taken to a juvenile detention center in Red Wing, Minnesota. LaDue is scheduled to next appear on May 12 where he will be able to explain to a judge why he felt the need to kill his family and also bomb the junior and senior high school he attended in Waseca.