NASA Expedition 40 is in Full Swing 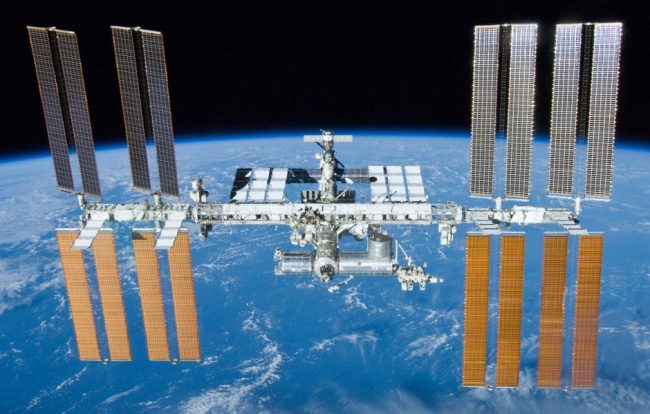 NASA Expedition 40 is in full swing!  The six person crew (some of who were involved with Expedition 39) are at the International Space Station, having launched on March 25, 2014.  It was almost a close call, as the venture ran into some problems before take off and during the rendezvous.  Two maintenance spacewalks were planned but it was unsure whether they would take place due to some water leaks in the spacesuit helmets.  Expedition Commander Steve Swanson was unsure if the particles of water were coming from a filter or from the water system itself, and so the spacewalks were reserved to a “need-only” basis.  There was also a slight delay due to a minor malfunction in the Soyuz spacecraft’s altitude system.  After a couple orbital correction burns, the crew finally reached the station on March 28, 2014.

There are many things planned for NASA Expedition 40; including the arrival of the last Automated Transfer Vehicle (ATV), the potential spacewalks, and about 162 experiments.  Expedition 40 may also have time to do some Earth observations, as astronauts can be utilized to provide different views of certain events such as volcanic eruptions or other emergencies. Crew members are used to being available to perform other tasks besides those assigned before launch in order to provide assistance to those on Earth or to conduct additional research or work in the station as situations arise.  Just recently, NASA Expedition 39 was used to help in the search for lost Malaysian Airline flight 370, as they can capture photographs and send them back down to the ground quickly.  This helps in immediate assistance when speed and accuracy are imperative to resolution. NASA Expedition 40 is in full swing to continue to help in other search missions and emergencies as needed.

Other items on the agenda for NASA Expedition 40 include installing the space station’s first 3-D printer, setting up an alloy furnace to make new materials in microgravity, and a potential Flight Engineer Reid Wiseman-led campaign to encourage families to go outside and Tweet about the space station as they watch it.  This gives NASA a chance to interact with the general public and make them more aware of different expeditions and projects which may interest them, thus providing additional chances for revenue and continual missions for the space station and additional missions.