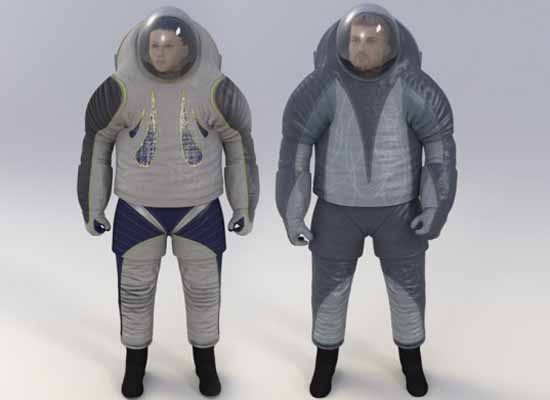 Man has not reached Mars yet but perhaps it would be possible by the year 2030. NASA reveals its next prototype spacesuit planned for astronauts to set foot on Mars by the 2030s. The new pattern, named Z-2, gives improved mobility and, not like existing spacewalk suits, is considered to manage the Mars’ rough environment.

NASA invited the general public to choose one of the three types of its new spacesuit design. NASA picked the Z-2’s look which people voted most in a website created for the next spacesuit. The website presented voters three model designs from which to select, named “biomimicry,” “trends in society” and “technology.” These three were produced by Philadelphia University and suit vendor ILC. Finally “technology” the Z-2, was the winner.

NASA’s next generation spacesuit the Z-2 is the newest pattern, which is termed the Z-series. The Z-2 was developed on the former pattern of the Z-1 suit, which was called one of the year’s best creations by Time magazine, and was the first big transformation of the spacewalk suit as well in nearly thirty years.

Between these two patterns another significant difference is the things they are made of. The Z-2 has a rigid composite upper torso whilst the Z-1 had a soft upper torso. According to NASA, the hard upper torso gives longstanding durability that a planetary extra-vehicular activity suit needs. The hip and shoulder designs also vary.

Although NASA reveals next prototype spacesuit, they are presently intending a complete test operation for Z-2 to find out how it works in an environment that mirrors the lack of atmosphere seen in planetary. The suit is going to be tried at the Neutral Buoyancy Lab, a place that NASA uses to prepare astronauts for spacewalking. NASA will organize more tests at the Johnson Space Center’s rocky Martian surface analog site to assess the performance of the suit.

With about four and a half a million US dollars of developing cost, this is the first surface apt mobility suit that is prepared for the walk on the moon’s surface, and what’s more it is the first time 3D-printed hardware has been made use of to create a resizable hard upper torso uniform.

The Z-2, however, is even now in the trial stage. The external cover of the Z-2 does not protect from the heat, micrometeorites, and radiation seen in space. It would rather be applied to experiment latest technologies in safer environments before being used at the final stage.

The suit’s exact version is anticipated to be completed for trial by November this year. Later, lessons picked from the trials will be applied to design the Z-3. The “technology” spacesuit design for Z-2 combines elements from past spacesuits and advanced technologies, such as electroluminescent wire and light-producing patches across the lower and upper torso to recognize crew members.

NASA revealed its next spacesuit as they are planning to go for a daunting ambition to send human beings to the red planet by the 2030s. As a result, improving a spacesuit for the Mars mission is on the organization’s highest priorities list.