National Review: Women Are Being Brainwashed Into Crying Rape

By Monalisa Gangopadhyay on May 22, 20142 Comments 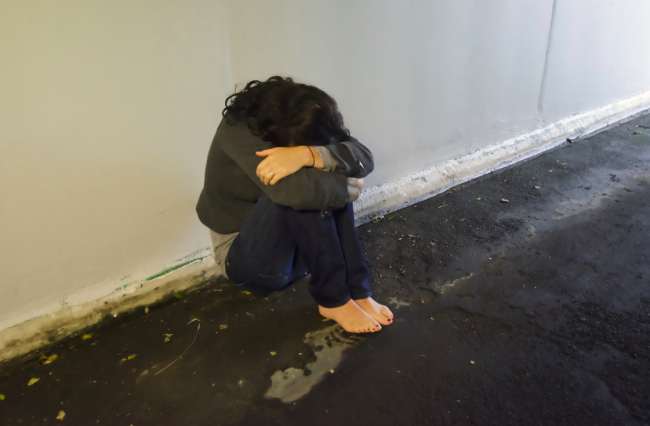 Talking about rape? Women, especially college women need to just calm down. Or so says A. J. Delgado, a conservative writer who penned an article entitled “Crying Rape” in the National Review Online, which claims that women are being brainwashed into thinking that they were assaulted.

Dismissing the rising incidents of rape on college campuses across the U.S., a wave of protests by victims who claim that universities mishandled their cases, and the creation of a bi-partisan White House taskforce on college sexual assault, Delgado argues that the rape epidemic on college campuses is a myth, a liberal conspiracy that is brainwashing women to cry rape and is ruining the lives of innocent young college boys.

She does not stop there. Delgado then goes on to state that women are partly to blame for society being skeptical about whether they were raped or not. To support her position, Delgado recounts a story from her senior year in college. She uses the anecdotal example of a friend, “Amy” who had a “wild night” with “Steve” and “stumbled” into Delgado’s apartment the next day to recount the details of her torrid sexual encounter.

When Steve, “a hard-working guy from a poor family, at the university on a scholarship” did not call Amy back, she became “a downright wreck” and told Delgado, she had been drunk during the encounter and that “he raped me.” Horrified, Delgado calmed her friend down and as “…cooler heads prevailed,” it became clear that this was not rape but a case of regretted sex, a ploy to regain lost dignity.

So there it is, the basis for Delgado’s assertion that for every “legitimate” rape claim, there could be another where “a girl…cried rape.” Besides her one anecdotal example, Delgado does not supply any other sources to back up her claim that false rape accusations could be as high as 50 percent of total cases reported.

Unfortunately for the National Review and Delgado, their contention that women are being brainwashed into crying rape and are filing false reports at a horrifying rate, is yet to be supported by any peer-reviewed and published research. Instead, an analysis by the National Center for the Prosecution of Violence Against Women found that between 2 and 8 percent of rape reports were false, while David Lisak, a leading expert on college assault, places the number at roughly 8 percent.

Next, Delgado takes on the definition of rape and how the broadening of the term by “the Left” has now reduced it to one that has no clarity, no consensus. Indeed, under the present definition, Delgado claims that she has been “…raped. Multiple times.”

She asserts that this vague definition of rape is pressuring college administrators to be overly cautious, and is pushing them to kowtow to extreme feminism by declaring “everything rape.” According to Delgado, this is the reason for rising rape reports on campuses. The established fact that rape has been vastly underreported in the past for myriad reasons, including the knee-jerk skepticism and “you are partially to blame for it” judgment Delgado displays is not to be considered. Instead, the blame lies with broad definitions; the drug and alcohol-laced promiscuity displayed by college women; and of course, feminists.

Delgado and other conservative writers like Caroline Kitchens of the American Enterprise Institute have repeatedly criticized rape statistics released by institutions like the Centers for Disease Control (CDC), which state that one in five women faces some form of sexual attack during their academic years. Calling the numbers exaggerated and inaccurate, Kitchens uses derogatory terms for college rape victims calling them “hypersensitive, trigger-happy gender warriors on campus.”

But according to the Federal Bureau of Investigations (FBI), only a fourth of rape reports actually lead to arrests. And it is important to remember that not all arrests lead to convictions. There have also been extensive studies, which show that many victims face an unsympathetic, hostile and dismissive police force. Additionally, there is substantial evidence that many police departments do not judiciously pursue rape reports.

There are enough obstacles in place within the legal and societal systems against a raped woman seeking justice. As Delgado states, “Rape is a horror.” Perhaps it is time for her and others of her ilk to stop diminishing the crime of rape by cherry-picking statistics and using anecdotal evidence to support their dismissive stance against the epidemic of rape. No matter what the National Review and Delgado claim, there is no evidence that women are being brainwashed into crying rape.

2 Responses to "National Review: Women Are Being Brainwashed Into Crying Rape"