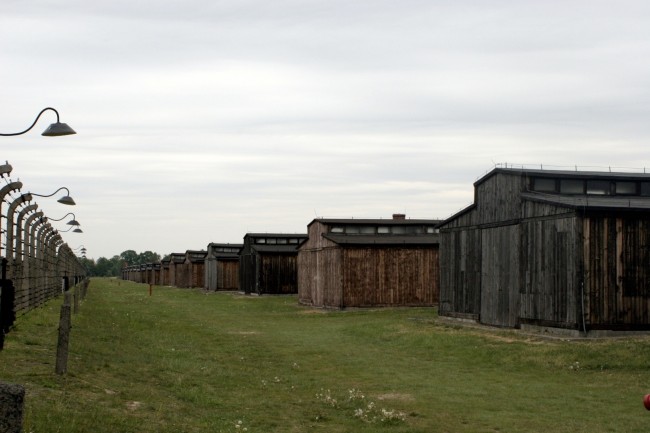 As the number of Nazi death camp guards remaining alive dwindles, new investigations have been opened in dozens of cases with the aid of modern technology. Time is running out to bring charges against men and women suspected of contributing to war crimes, as the youngest suspects are already in their 80s. More cases have been opened simultaneously than has happened since the end of the war, cases that may lead to charges of complicity in the murders of thousands of Jews in the Auschwitz-Birkenau concentration camp.

Previous investigations of Nazi war crimes have been hampered by a precedent that stood since 1969 which required evidence that linked a suspect to a particular killing. That precedent was overturned in the 2011 conviction of former Sobibor death camp guard John Demjanjuk, who had spent years as an autoworker in Ohio prior to his arrest. The 91-year-old Demjanjuk was convicted of being an accessory to the murder of all 28,060 people who were killed in Sobibor during the time he served there. The judge determined that it was impossible for anyone who worked at the small Nazi death camp not to be part of the mass killings which occurred. Demjanjuk received a sentence of five years in prison.

The new investigations are using modern technology such as three-dimensional imaging models of the Auschwitz-Birkenau compound that allow for 360-degree views of the Nazi death camp. The model can be set up to show what could be seen from specific vantage points, even out the windows of buildings such as the kitchen, where one of the suspects, 94-year-old Hans Lipschis, served as a cook. Although the precedent of complicity with certain deaths has been removed it is still necessary to show that defendants knew what was going on in the Nazi death camp, not just that they were present.

Time is of the essence, as most of the suspects of the investigations are in their 90s. Some suffer from dementia. Charges against Lipschis were dismissed on Feb. 28 for this reason. One of the current suspects is a woman from Hamburg in her 90s who served as a guard from September to October 1944. Another is a 93-year-old man who was a paramedic in the camp.

Germans first held Polish political prisoners at Auschwitz-Birkenau, but after the spring of 1942 the camp became the largest site for the murder of Jews who were brought there as part of the Nazi extermination plan. More than 1.1 million men, women, and children were killed at Auschwitz-Birkenau alone. The two divisions of the camp collectively held over 110,000 prisoners at once. The last executions took place on January 6, 1945, and the camp was liberated by units of the Soviet army on January 27, when 7,000 prisoners were released.

Florida State University history professor Nathan Stoltzfus says the new investigations show what can be done with a resolute effort to get convictions. Use of the modern technology by the German justice system in their investigations of Nazi death camp guards indicates a shift from decades of unwillingness to find new ways to prosecute. The new investigations are being driven by a new cohort of prosecutors known as the “grandchildren generation,” who take a less tolerant stance on blame for war crimes.

Nazi Death Camp Guards Investigated With Modern Technology as Suspects Age added by Beth Balen on May 6, 2014
View all posts by Beth Balen →