Julian Camarena is an aspiring young musician with an already impressive fan base and he opens up here in his first interview. He has just released a new single Surrender, and it is currently available on iTunes. His followers are all giving it glowing reviews on Twitter as all his music seems to incite praise from his fans. Julian was first featured in the Guardian Liberty Voice on April 21st when he came to our attention via his Twitter Followers. In the following exclusive interview, Julian Camarena answers questions about his life, loves, and motivations.

Kristi (K)- What motivates you to write music?

Julian (J)- My motivation for music is always changing. One day I might be motivated by a specific life experience, or individual in my life at the time. Other times I’m motivated simply by my imagination. One thing that has never changed and that I always keep in mind while writing my music though is my fans. More and more they are motivating me to write better music and to find new ways to connect with them.

K- What music do you listen to? Who are your role models currently, and are they different from when you were a child?

J- Honestly I listen to all types of music, from Hip Hop, Pop, to different styles of Latin music such as Bachata and Cumbia. I love to use my favorite elements of each genre and implement them in my music. I don’t know if I necessarily have any particular role model, but there are a lot of singers that I look up to in terms of their music creativity and their immense success and longevity in the industry. When I was a kid my favorite singers/bands that I looked up to were The Beatles, Elvis Presley, Michael Jackson, and especially Billy Joel. Due to the fact that Billy Joel was more of a songwriter/musician than anything I felt like I could relate to him the most because that’s how I always saw myself as first and foremost. I actually began to learn to play the piano because of my interest in him as an artist. More current artists that I look up to include Enrique Iglesias, Bruno Mars, Justin Timberlake, Pitbull, Shakira and many others.

K- Have you held any jobs, other than being a musician, if so what were they?

J- I use to work with my dad when I was really young helping him sell his paintings at art shows as well as his art gallery. I continued to work with him pretty much all the way up until I got into music full-time. For one summer after I graduated High School though I did work at the movie theaters for about three days before I decided to quit haha. I probably would have gotten fired eventually anyways, cause I had absolutely no interest in it whatsoever.

K- If you could not be a musician, what would you do for a living? 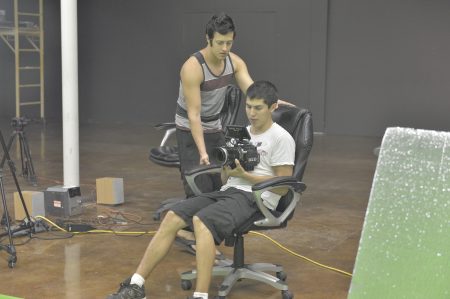 J- Well when I was a kid I wanted to be a professional basketball player, but soon realized that I really wasn’t that good and probably wasn’t that passionate about it. When I was a young teen I was really into martial arts and actually received my Black Belt in Tae Kwon Do, but my passion for music eventually took over. Honestly I really couldn’t see myself doing anything else. I have a feeling that no matter what, even if I tried, I would always find myself back at music. I just feel that this is what I’m supposed to do. (Julian and his brother Tarin working in studio, left)

K- What are your thoughts on diet and exercise? How often d you work out?

J- I think diet and exercise are extremely important and they are definitely a key to success. I wouldn’t be able to be as creative as I am or work as hard and for as many hours as I do without the energy that you get from working out and eating healthy. Also diet and exercise just make you feel good. Whenever I am stressed or I need to clear my mind I always go for a run and afterwards I’m clear headed and feeling good. I usually work out about twice a day. I can’t start my day without working out first, I just feel really weird if I don’t.

K- What is your favorite food?

J- I absolutely love all Mexican, Italian and especially Asian food. When it comes to food I’m really not picky I love it all!

K- What television shows or movies are you into? Would you ever consider going into acting in the future? (many musicians have)

J- I am obsessed with Asian Martial Arts Films. I just really enjoy the martial arts in them, and they always have the craziest camera movements and fight sequences, especially in a lot of the more recent ones. Going back to my favorite food, the best thing in the world is eating Asian food while watching an Asian film, love it! I definitely would consider going into acting, I have a keen interest in film and movies and I have always been fascinated with the process of making them, so I would definitely love to be a part of one. Also I think acting and performing music go hand in hand.

K- What values, insights, and/or wisdom have you received from your parents that you will pass on to your children one day? 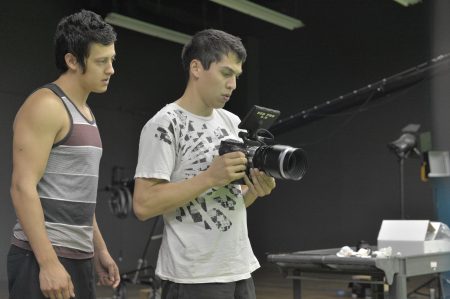 J- I think one of the best values that I have gained from them is discipline. Discipline is a necessity if you want to be successful in anything, and I would be crazy to not make sure that my children develop it early on in life.

J- I have a long, long list of goals and I am more than excited to accomplish them all. In terms of a short-term goal I am currently working on my debut album, which is expected to release later this year. As far as the long-term, I just hope to continue to grow my fan base and continue to produce and create better and better music and grow as an artist and performer. I have never had a “plan B.” It’s funny cause people would always tell me, when I was attending University, that it’s good that I’m getting a degree so that I have something to fall back on just in case my music career didn’t work out. I would always just laugh and tell them that getting educated wasn’t a fall back plan, it was just another tool in helping me succeed in what I wanted to do. (Julian and brother Tarin working in studio, right)

K- Your fans obviously love you, is there anything you would like to say to them? 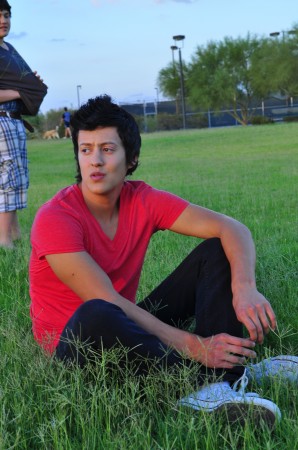 fans I would like to thank you for all the support you have given me so far and continue to give me. You inspire me and motivate me every single day, and I am so appreciative and excited to have you with me on this crazy journey. We’ve only just begun.

K-  What advice would you give an aspiring artist? How did you break into the music industry?

J- The biggest advice that I could give to any aspiring artist is stay true to yourself and stay genuine. Music is about being vulnerable and being able to connect with other people through it. In order for others to be able to connect with you, they have to see the real you. Also never stop learning and never stop improving yourself as an artist or as a person. Every little thing you do working towards your dream adds up, so it’s important to not waste a single minute. Also eventually you’ve got to put yourself out there, make yourself known and make some noise!

K- Lastly, for those that have not heard your music, why should they give it a listen?

J- The main reason why they should listen to my music is that it is 100% genuine. From the lyrics to the production, it’s all me. I think it’s very rare nowadays for an artist to be the songwriter, producer, and singer. Also I never write a song just to write a song, it all means something. I make sure that if it’s a sad song, you can feel the emotion and if it’s a fun song, that you have a good time listening to it.

Julian Camarena is obviously a well spoken young man, and with the success of his singles, and his first album in the works, his fans are sure to propel him to new heights.