Netflix and Marvel Team Up in New York 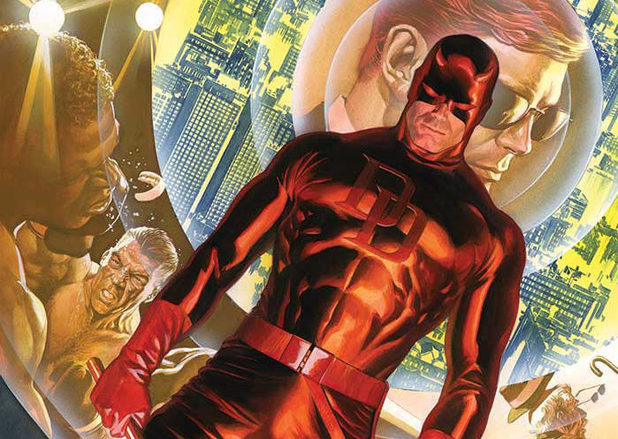 Netflix users are going to have access to a live-action depiction of the Marvel comics universe on the streaming video service starting in 2015, as the two companies team up to produce four television shows, and one miniseries, that will be filmed in New York. The first series, which will be up on Netflix in 2015, is based on the Daredevil comics, and series featuring Jessica Jones, Iron Fist, and Luke Cage will all follow. The miniseries, based on The Defenders, will follow these and feature all of the heroes from the previous series teaming up to fight crime in New York City.

Marvel is planning to use the practice of binge watching, which has become popular on streaming video services like Netflix, to its advantage in the planning and production of these series. Binge watching is when a viewer watches multiple episodes, sometimes even an entire season, of a television show in one sitting. When a show is released directly to a streaming service like Netflix or Hulu, its producers can work the series into a complete production that plays out more like a long movie than a show that airs weekly. Joe Quesada, Chief Creative Officer at Marvel, has stated that this is beneficial to the story, as writers can put in cliffhangers or withhold information between episodes that would typically leave viewers waiting weeks before it is revealed. If a series is released online all at once, viewers have the option of seeing the resolution for a cliffhanger immediately, which prevents writers from having to force an extra bit of information into an episode.

These series will all be set within the same universe, which is centered in Hell’s Kitchen, New York. The central setting combined with the fact that the heroes will all share the same universe means that the series will be able to tie in with each other, allowing the writers to expand upon each individual character’s story. This is a style of storytelling that Marvel has already had big-screen success with in The Avengers. The widely popular movie was built up to by a number of cinematic releases, such as Iron Man, The Incredible Hulk, and Thor, and featured all of these heroes in one cast to create one of the biggest successes at the box office of all time. The series produced by this team up of Marvel and Netflix show a similar progression: a sequence of single-character features that is followed by another series featuring all of the characters from Hell’s Kitchen, New York teaming up to fight a greater evil.

The planned Marvel series are going to be filmed in New York, and this fact means more than just a realistic setting. When filming commences in the summer of this year, New York State is set to gain at least 3,000 new jobs, including up to 400 that will be full-time. Governor Andrew M. Cuomo has publicly stated his excitement for what these films will do to benefit the New York economy. Cuomo says that the choice to bring filming to New York indicates that the city is bringing its entertainment industry back to the prominence it once had. Alan Fine, the President of Marvel, is also excited to film the project in New York, stating that the help from Cuomo and the state will allow the series to be shown with an authenticity that truly captures the spirit of these comic book stories.

Comic book movies and television series have been extremely popular in the entertainment industry lately, and Marvel is hoping that teaming up with Netflix for these New York-based series will capitalize on this excitement. With between 56 and 60 total episodes planned between the four series and Defenders miniseries, the two companies have a big project in the works for fans of superhero movies.

One Response to "Netflix and Marvel Team Up in New York"