Nintendo and Its Fountain of Youth 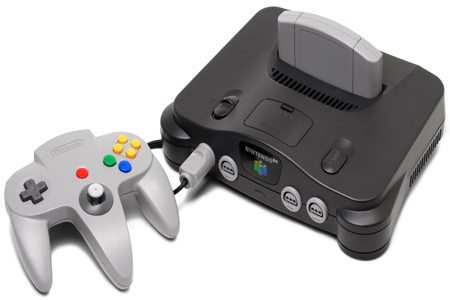 Nintendo and its fountain of youth, it seems, has been around forever. From the very first time consumers played upon the gaming system, it is known that Nintendo has become ever popular among the gaming world. With games such as Zelda: Ocarina of Time, Mario Kart 64, Donkey Kong, and Contra and more, with players of all age, this gaming platform appears to be forever young as though dipped within the fountain of youth. The tale in history about the fountain is that the waters from it held the power to keep one young and vibrant from years on end. Nintendo continues to come out with more products that have been seen worldwide in the houses and hands of consumers, so in the aspect it remains forever young, hence the fountain’s reference.

It is thought that the name of Nintendo comes from the Japanese language with the rough translation “leave luck to heaven”. The business first came out in 1889 when it was first called Nintendo Koppai. Started in Kyoko and founded by Fusajiro Yamauchi, who also created the Hanafuda cards; this company has grown nationwide with its systems and its consumer base. Hanafuda (translated to be Flower Cards) was said to be a deck of cards much like the set of 25 playing cards used today. These cards seemed to have been a popularly growing in the gaming industry. The company was then run by Hiroshi Yamauchi, who was the grandson of Fusajiro. He was the first one to have ever manufactured plastic playing cards in Japan. Then, because of this, Nintendo became the dominating entity when it came to the industry of games. Even though the cards continued to be a success, Hiroshi felt that the business was too limited and needed to be expanded beyond what it had already accomplished. However, this step did not yet include the making of the first console, which would then lead up the Nintendo and its fountain of youth.

Hiroshi struck a business deal with another well-known company; Disney. This allowed for Hiroshi to place Disney characters upon his cards, striking at the younger audience base. From then, the business took on some other ventures that had nothing to do with games, one of those ventures being that of a taxi service. But, while the making of these add-ons came more into focus, the Hanafuda card game lost much of its interest. Many products that are sold do not often stay in the hot spot whilst many others flourish into a lifelong industry. People stopped buying the Flower Cards so this in turn meant they had stopped playing the game all together. Much of Nintendo’s sales went down because of this but did not stay there for long.

Fast forwarding to 1970, Nintendo and its fountain of youth was able to succeed again with the discovery of Gunpei Yokoi. Hiroshi found him whilst touring one of the Hanafuda factories and noticed Gunpei fiddling with an electronic arm. It is then known that Gunpei helped make Nintendo boom in business once more with a new electronic toy line. Around the time of this accelerated boom in the industry, Nintendo turned towards yet another avenue for the company; the ever popular video gaming industry. With this turn around, one of the very first consoles ever produced was that of the Nintendo Entrainment System (NES). Donkey Kong was one of its very first games created. From then on, many consoles and even hand-held gaming devices were produced.

The Game & Watch was one of these handheld devices which then later gave birth to the Game Boy. This particular device later gave way to Game Boy Advanced then onto Nintendo DS and 3DS. At one point and time, Nintendo even had a virtual like construct called Virtual Boy. One of the most recognized consoles is an older one by the name of Nintendo 64 or N64 for short. Nintendo 64’s popularity growth stemmed from games such as Mario Kart, Zelda: Ocarina of Time, and later on with games like Turok and Pokemon.

The focus of Nintendo’s gaming systems is now on the latest one, the Wii U, a portable handheld version of the Wii console. From 1889 all the way to present day, Nintendo has remained one of the world’s most liked name brand in the gaming industry. With as much known consumer use of the systems it is, perhaps, safe to say that Nintendo and its fountain of youth will continue flowing on in the coming years and on to future generations.