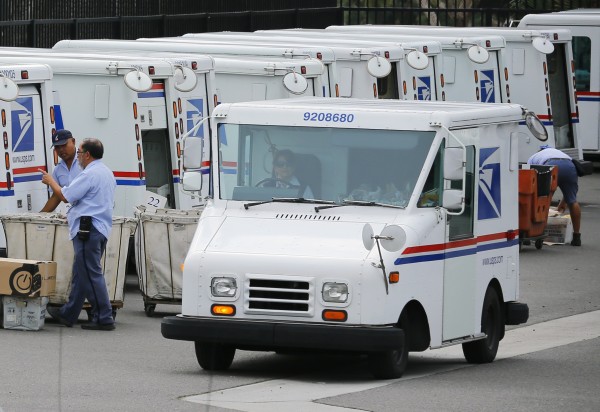 The United States Postal Service has reported a massive net loss of 1.9 billion dollars, according to an agency statement on Friday. One of the main factors behind this worsening of profitability has been thought to be the declining importance of first-class mail for the American public. In fact, as more and more Americans opt to pay their bills online, first-class mail has been dwindling as a source of revenue for the U.S. Postal Service, with the second quarter marking a staggering decrease of 4.1%. Postmaster General Patrick Donahoe maintained an optimistic outlook, pointing to the United States Postal Service’s increase in revenue over the past three quarters, but even he was forced to admit that these revenue increases were not enough to cover the “annual inflationary cost increases” which are supposedly the major factors behind the tremendous losses.

This revenue growth, emphasized by Donahoe, is indeed significant, as the U.S. Postal Service’s operating revenue grew 2.3% to 16.7 billion dollars in the second fiscal quarter of this year. However, despite cost cutting measures, this revenue is still significantly outpaced by USPS operating expenses, which were reported as 17.9 billion dollars. This situation is even further exacerbated by the fact that the USPS’s total liabilities exceed its current assets by a stunning 24 billion dollars, a situation which must be resolved if the USPS is to continue operating.

In addition to the 4.1% decrease in first-class mail revenues, the total volume of mail delivered by the USPS fell from 38.8 billion pieces to 38.1 billion pieces, a decrease which was only slightly offset by a 7.3% increase in shipping volume. However, the decreasing demand for postal services is not the only factor prompting the USPS’s current financial straits, as congressional actions have also played a large role in the massive losses reported by the U.S. Postal Service.

As of 2006, Congress has required the USPS to make significant contributions to the health fund for future retirees, a burden which the USPS is currently in no situation to bear. However, this imposition of fees on the USPS is by no means the only way in which Congress is facilitating the current financial difficulties. The United States Postal Service has long sought legislative relief in order to reduce its operating costs and restore its profit margin. Among the most important of proposed alterations to the structure of the USPS would be the reduction to a five-day mail delivery service, as opposed to the current system, which requires the USPS to deliver mail on Saturdays. This proposed reform, which would go a long ways towards helping to restore the USPS’s profitability, has been stuck in Congress for many years, and the Chicago Tribune reports that a large reason for this congressional deadlock is the fact that many congressmen are reluctant to cut back on postal services for fear of voter retribution.

The effects of this congressional deadlock could be extremely costly for the American taxpayers, as the USPS has expressed doubts about its own long term viability if there is no legislative action taken. The USPS, which is currently run entirely without any tax dollars has hinted that it could need a government bailout in excess of 50 billion dollars by 2017 if there is no legislative action taken in the near future. If the U.S. Congress fails to act soon in order to remedy the massive losses reported by the U.S. Postal Service in 22 of the last 24 fiscal quarters, it could mean that U.S. taxpayers are left to shoulder the burden of yet another massive government bailout.