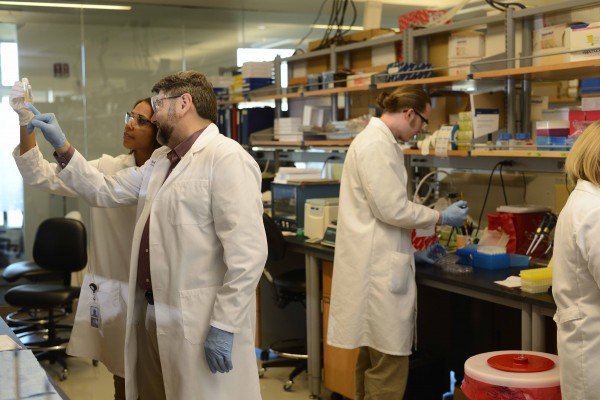 Harvard Scientists have found a protein which is beneficial and improves the overall health of an animal. The protein was given to older mice and it appears that they begin to show benefits of the protein, as if they were made young again. The protein improves brain, skeletal, and heart function of the body. Scientists call the drug GDF-11 and it is found in both humans and mice.

The scientists at Harvard’s Department of Stem Cell and Regenerative Biology have injected the protein into mice, which scientists compared to a 70-year old human. The results were astonishing. It showed improvement in body function in the regions of the heart, brain, and skeletal. The older mice have even begun to sniff, as the younger mice do, meaning their olfactory senses have improved. Professors Amy Wagers and Lee Rubin have stated they expect to have the new protein tested in clinical trials in as early as 3 to 5 years.

Scientists use two methods of using the protein in mice. One is to surgically alter the blood system and the second is injecting the mice with the protein. This experiment was shown to change the characteristics of the aged heart. Doug Melton, the co-chair at the Stem Cell Research Department, stated this is an exciting time for stem cell research. He also said that this could help restore health and give hope to the future for many. Scientists found that GDF-11 has the capacity to restore function in cells. The findings point to the fact presented when younger humans have a higher level of this protein in their systems.

The studies took place about a year ago in which the scientists published articles on the subject finding the protein beneficial. They also included they discovered the mice were being rejuvenated by the blood of younger mice; however, it was not until recently that scientists isolated the protein and identified it as GDF-11. In similar circumstances, scientists studied experiments with mice over 14 years ago and it was then that they discovered the rejuvenating affects the blood of young mice had on older mice.

Scientists predicted that when they injected the older mice with the protein GDF-11, they would grow new blood vessels and thus their sense of smell would return. When examining the mice after the experiment this is exactly what happened. The older mice began to smell in the same way the younger mice did.

According to the study, scientists said that GDF-11 has improved vascularity and blood flow, which is usually associated with increased neurogenesis. Scientists say in the future, they will find a way, at least in principle, to decrease the decline of aging with this protein. They are saying that a molecule like GDF-11 can reverse the damage of aging. Scientists believe this molecule could help slow down cognitive defects in diseases like Alzheimer’s Disease, whose main factor for degeneration is aging. They are saying a possibility for the future drug could include something which would be a combination of a therapeutic drug that reduces negative effects, such as a cognition enhancer like GDF-11.

It is said that the two research groups are talking with a venture capital group to gain funding for more experiments before they decide to move to clinical human trials. This new information reinforces the fact that the new blood protein scientists have found is beneficial to humans.