Sheriff’s Race Gets Interesting in Portland 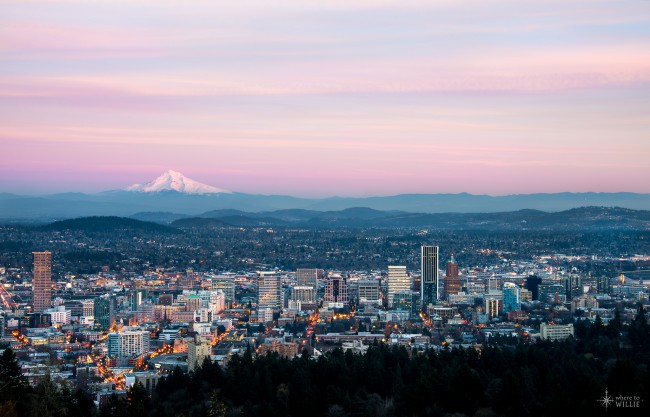 The Multnomah County, Oregon Sheriff Dan Staton, was running uncontested. He had it in the bag, a slam-dunk cakewalk to re-election. Despite a pending investigation into illegal budget overruns, Staton was in the catbird seat. That all changed when local community activist Jessie Sponberg got interested in the seat.

Sponberg is known locally for his activities connected to Occupy Portland, particularly their successful action which shut down Port of Portland Terminals 5 and 6. That activity was intended to send a message to the top one percent of wealth holders. The message was that the little guy has a voice in society, and that the remaining 99 percent can and will take action if necessary. The wider Occupy movement was seen as a response to the uninvestigated, unprosecuted corporate malfeasance on Wall Street. The larger picture of the movement addressed the huge income and wealth disparity in the nation and its deleterious impact on the economy and society as a whole.

More recently, Sponberg has been involved at Portland’s Mount Tabor reservoirs, which are seen to be in jeopardy. The Portland city council had given up on petitioning the federal government to keep the open-air reservoirs open and plans to build multi-million dollar closed reservoirs, which will be a boondoggle to developers. His entrance in the race for Sheriff is intended to inspire the citizens of Portland.

In advance of his planned formal announcement to challenge Staton on Wednesday, he raced to block a foreclosure action the Sheriff’s department planned to take against a Portland resident. Sponberg’s position is that the bank needs to recompense homeowners if they intend to take their homes. He advocates a set percentage of the money paid on the mortgage be returned to the former homeowner. He does not understand why Staton’s men do the work of the bank in these actions. During a foreclosure action, police are known to show up in force, swooping down on peaceful residents as though in a high-tech military action.

Recently, it has been reported that Staton does not have the support of Multnomah County corrections deputies. The deputies, under the auspices of the Multnomah County Corrections Deputies Association (MCCDA), claim that Staton has been absent from their operations, leaving them rudderless. Working conditions in the jails is reported to be the worst it has ever been. It may be wondered whether the poor working conditions translates into poor conditions for the inmates. In the absence of satisfactory jail conditions, it might be difficult to expect prisoners to become rehabilitated during their stay. Recidivism is a problem that plagues the correctional system.

Staton’s response to the MCCDA’s vote of no confidence was one of surprise. The MCCDA expects to hold another vote and their vote is expected to slant even farther from the Sheriff’s support. With such radical dissent among his most important deputies, voters may need to rethink how well the Sheriff’s office is managing the corrections facilities it is entrusted to maintain.

Sponberg admits that he is ″horribly under-qualified″ for the job of Multnomah County Sheriff, but the Portland resident does hope that his entrance in the race will raise questions in the mind of the populace. Ever eager to increase awareness and interest in issues most would not see as vital to their day-to-day activity, Sponberg’s new initiative towards the Sheriff’s office is another attempt to work for the general population of Portland, the 99 percent, who are too often found without a voice or say in the matters that impact their lives.

8 Responses to "Sheriff’s Race Gets Interesting in Portland"