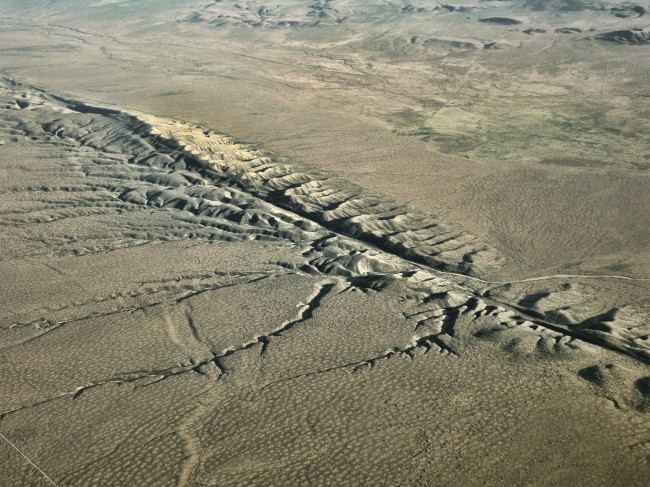 California is experiencing severe drought conditions and record-setting temperatures this year, which is causing an outbreak of wildfires throughout the state. Another side effect of higher temperatures and fires in California is an increase in earthquake risks due to water consumption from irrigation and groundwater pumping along the San Andreas fault. Scientists have discovered a link between irrigation during the summer and early fall months and an increase in the elevation of the coastal mountain ranges and the Sierra Nevada mountains, which has a stressing effect on the Earth’s crust and the San Andreas fault.

Experts have determined that seasonal changes of water pumping, winter rains, and evaporation during the summer months causes the Earth’s crust to flex as the two mountain ranges in California rise in elevation. The San Andreas fault, which runs on a parallel to the valley between the two ranges, can experience small earthquakes triggered by the changes in the surrounding land. A similar effect has been observed in the Himalayan mountains, which experience a higher incidence of earthquakes during winter. The variation with the Himalayan earthquakes was found to correlate with the amount of snow on top of the mountains. The differentiator between the Japan study and the study regarding the San Andreas fault is that the effects being seem in California are in part caused by human actions.

Groundwater pumping, the process that is used to irrigate water from the Central Valley, is using up the water that is available at a rate which is faster than the rate at which it can be replenished. Estimates of the amount of water that has been lost from the Central Valley area over the past century weigh in at about 39 trillion gallons, or about the size of Lake Tahoe. The water loss varies from year to year, and is naturally greater in times of drought, which necessitate a greater amount of pumping and irrigation. The Central Valley area is using twice the amount of water for irrigation that is being replenished on average, which is causing the effects of summer droughts near the San Andreas fault, including earthquake risks, to build up over time. Experts believe that the pressure changes resulting from the movement of the Earth’s crust may hasten the coming of devastating earthquakes along the fault.

The danger of groundwater pumping is that it can possibly lead to earthquakes that cause more damage, and occur more frequently, along the San Andreas fault. Scientists have proven that human activities, such as irrigation and groundwater pumping, can cause the fault system to unclamp, an action which promotes seismicity, or an increase in the frequency of earthquakes for the region. Such an occurrence was recorded in 2011, when a magnitude 5.1 earthquake was reportedly caused by groundwater pumping in Lorca, Spain. The San Andreas fault area is experiencing a drought at the moment, and i n drought seasons, when pumping is more prevalent due to greater water needs, the hazards associated with the practice are more likely as well.

The state of California needs water to combat the drought, and the record-setting temperatures faced this year indicate that the need for water may be especially demanding upon the water supply from the Central Valley. Due to the earthquake risks associated with irrigation in the close proximity of the San Andreas fault, there is a chance that earthquakes will be more common and more powerful than usual.