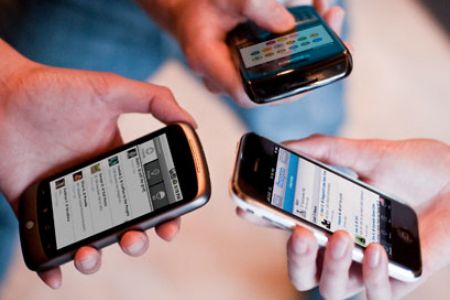 There have been many recent developments in smartphone technology recently. The development of a new niche of peripheral accessories to go with phones has been a rapidly expanding market. While some of these functions are helpful, some technologies being developed appear to denote that society’s obsession with smartphones is going too far. Not only can one check their heart rate and answer calls from a smartwatch accessory, but they can even buy accessories that monitor how well their children are brushing their teeth and check on an infant’s vital signs, without ever being in the room with them. There comes a point where over-reliance on a single piece of technology  is not only wasteful and counterproductive, but also dangerous to individuals and to society.

Smartphones are an everyday part of life for most people, and this is beginning to become a problem. With more and more people focusing on the 4-inch screen in their pockets instead of the world around them, society is becoming increasingly disconnected from the world around us. Gone are the days of going out to meet new people at a bar or social function; there’s an app for that instead. Even friends at lunch are hardly spending time socializing with each other, instead opting to connect with Facebook or Twitter instead of the real-life friends that they have right in front of them. Society as a whole has embraced the connectivity myth of social networking to the extent that smartphones have essentially replaced all other forms of communication.

Another problem with widespread reliance on these devices is that people store all of their important information on them. With 3.1 Million smartphones stolen in the past year, there are greater concerns for this issue besides the loss of communication. Anyone can now use a phone to access their private and work emails, bank accounts, and credit card information from places like Amazon and Paypal. With the wealth of personal data linked to everyone’s smartphones, it comes as no surprise that people are willing to put themselves in personal danger or shell out huge sums of cash to retrieve their phones if lost or stolen. The dangers of going too far with society’s obsession with smartphones come largely from an excessive reliance on them for daily tasks. People store all of our data on our phones, and many are guilty of occasionally forgoing the act of logging out when they are done. Be it for convenience, or simply from forgetting all of the apps they are logged in to, the fact that someone could lose our phone, and thus all of their personal information, any time signals that people are overusing these devices, and in doing so, opening themselves up to a greater risk of data theft and financial loss.

Child monitoring through apps shows an even more disturbing result of the age of smartphones. Technology has advanced to a point that it will soon allow parents to strap a “smart sock” onto their child’s foot which can track its heart rate, blood oxygen levels, and much more. This allows parents to check on their children without ever being in the room with them. Aside from the harmful effects that infants befall when they do not have consistent interaction with their parents, this trend also signals a transition to “remote parenting,” where parents can keep track of their children from afar. This is just one more symptom of the age in which people are more attached to their smartphones than they are to the people directly around them. Another example of this “remote parenting” style is smart toothbrushes. This technology allows parents to delegate the duties of teaching their children how to brush their teeth to a video game. Gone are the days in which parents teach their children how to take care of their basic needs; parents can now leave this duty up to a game where children can choose between grooming a pet or flying a plane, among other options. Parental involvement during early childhood is one of the most important factors in determining how humans adjust to society as they reach adulthood, and there is no way to tell what harmful effects this new era of parenting via technology will have on the development of young people.

Smartphones offer a convenience to consumers, in that they allow them to keep connected with friends and work, but they are beginning to cause a disconnect between humans and the physical world around them. The dangers of letting an obsession with smartphones go too far are many, and with recent advances in technology, these dangers are only increasing in both scale and prevalence.