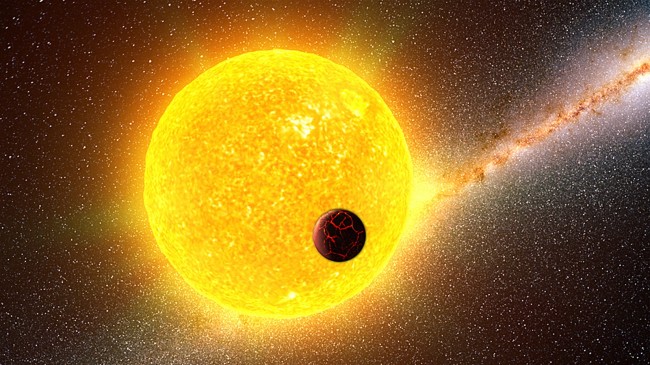 Astronomers in Texas have discovered what they are calling a sibling of the sun and are now trying to map the family solar tree. The study, being conducted by the University of Texas, has provided clues to how our sun was made and whether or not there are other relatives in the immediate universe. Perhaps even a better understanding of how life developed in the universe as a whole, formed many billions of years ago. The research will be published in the June 2014 issue of The Astrophysical Journal, and pinpoints a star that was made from the same dust and gas cloud as the sun.

The star, known to astronomers as HD 162826, is located in the lower leg of the constellation Hercules, 110 light years away from Earth. Its mass is 15 percent bigger than that of the sun, is thought to be even hotter than our local ball of flame, and can be seen from the Earth with regular binoculars near Vega. The star also has a chemical configuration like the sun and travels in a similar route of orbit through time and space. This is what scientists call “Dynamics.” Astronomers studied 30 different stars they identified as potential candidates for being a sibling of the sun, and discovered the actual star by studying this “Dynamic Criteria.” They think that if they can figure out where in the galaxy the sun formed, they can then restrict the circumstances surrounding the development of the newly formed early solar system.

Using high powered, high resolution spectroscopes, the researchers were able to determine and understand the chemical make-up of the stars they were studying. The findings by the scientists leave a wide area open to the possibility of smaller-sized Earth-like planets that may be out there in the solar system, waiting to be discovered. This is based on the idea that the sun was born in a clutch-like formation with thousands, or hundreds of thousands, of siblings 4.5 to 5 billion years ago that have since parted ways. Although they were once close to the Milky Way, they are now in their own parts of that galaxy due to things like collisions with other planets or other fragments in space.

HD 162826 remains close enough to Earth to tantalize Astronomers into the belief that they have not only discovered this sibling of the sun, but also that they will find more of the same in the years to come. Sibling stars are so architecturally the same as the suns that scientists think that there is a chance, however small, that they may be able to support life-sustaining planets around them. Due to smashing into each other in the early years of formation, chunks of the forming planets could have been knocked astray and travelled through the solar system, taking many different life forms to various outlying planets. They speculate that life on Earth could have possibly even started this way when the planet formed billions of years ago.