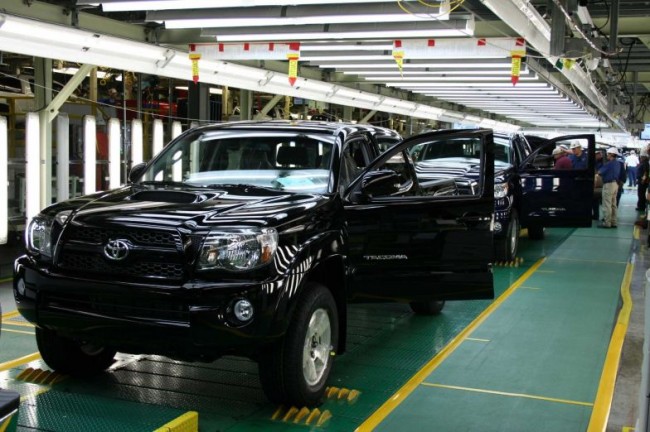 Texas has never really been considered a center of the automotive industry, but Toyota recently changed that when they announced that they would be relocating their North American headquarters to Plano, Texas. Jim Lentz, chief executive of Toyota North America, has been quick to point out that Toyota is no stranger to Texas. Toyota Tacomas and Tundras have been built in San Antonio since 2006, but the move from Torrance, California, is still being seen as a profound change by the Japanese automotive giant. Furthermore, regardless of the economic benefits that this relocation will bring to Texas, some are quick to point out that it will also cost Torrance approximately 1.2 million dollars in annual tax revenue, and will adversely affect over 2500 employees.

The reasons for Toyota’s relocation to Texas are numerous, and include incentives such as the Texas Enterprise Fund, which Mr. Lentz specifically identified as a factor in the decision to choose Plano from the dozens of candidate cities. Mr. Lentz also spoke of relocating the headquarters “closer to our manufacturing footprint,”  pointing out the fact that there are already about 6000 Toyota employees in the state of Texas.

Mr. Lentz also spoke of the benefits Plano presented to Toyota employees, with high quality education and a low cost of living among the key points that he touched on. The high quality education is particularly important, as Dallas mayor Mike Rawlings recently asserted that Dallas missed out on being the relocation site due to poorly performing schools, although the graduation rate has increased by 19 percentage points since 2007. All of these were reportedly important factors in Toyota’s decision to relocate to Plano, Texas, but there are numerous other possible factors which some people believe have been quietly ignored.

Larry Dominique, an 28-year veteran in the auto industry, has said that the relocation will draw attention to Texas in the automotive industry, especially in light of the recent shift of manufacturing into Mexico. Automotive production has long been drifting southwards through the United States, driven by a combination of lower costs and less unions in states such as Kentucky and Mississippi. These lower costs make it much more profitable to produce cars in these states, and have contributed to the decline in importance of the automotive industry in the northern United States.

The presence of cheap labor is only magnified by the border, as workers in Mexico make only about 3 dollars an hour to produce cars and trucks which are then shipped to the United States for consumption. Automotive giants such as Nissan and Mazda already operate plants in Mexico, as do Ford and General Motors. In fact, about 3 million of the 15 million vehicles sold annually in the United States are constructed in Mexico, and this number has been predicted to rise by more than 35 percent by 2016. In light of this, the relocation of Toyota’s North American headquarters to Plano, Texas, has been described by Bruce Belzowski, the head automotive analyst at the University of Michigan’s Transportation Research Institute, as merely the continuation of an industry-wide trend. The question remains as to how this trend will affect American consumers, and the American economy as a whole, as the automotive industry is an important part of the economy in many places in the United States, a phenomenon which was clearly demonstrated by the economic collapse in Detroit.