The Destruction of Paternal Mitochondria 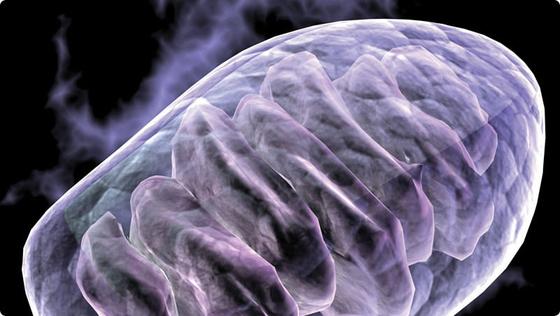 Mitochondria not only come exclusively from an organism’s mother, they are the power generators of the cells, creating a source of chemical energy known as ATP or adenosine triphosphate. The amount of mitochondria in a cell is based upon the metabolic requirements of that particular cell and the numbers present may range from only one up into the thousands. Therefore, the more demanding the cell’s energy requirements, the more of these so-called cellular power plants are required. While mitochondria are inherited maternally, it is currently unknown as to what exactly causes the destruction of the paternal side.

Paternal mitochondria are not passed on to an organism. They are either prevented from somehow doing so or are simply destroyed before they can be passed on to any offspring. Scientists are currently looking at this phenomenon to try to find both the reason behind this evolutionary enigma and the manner in which it occurs. Recently, Dr. Eli Arama and colleagues from Weizmann Institute have discovered some specialized cellular vesicles which come from the egg to be fertilized. These vesicles not only locate but also actively cause the destruction of the father’s paternal mitochondria during the fertilization process.

The team from the Institute’s Molecular Genetics Department worked with fruit flies to conduct this study. Past studies to determine the cause of the absence of the father’s power cells were undertaken using worms and mice. Unfortunately, the sperm of worms are very different from those of a human, not having the same head or tail structures as mammals. While other studies were preformed on mice, those studies were trying to determine whether the absence was caused by some passive dilution process. The passive dilution theory, however, could not explain why autophagy markers, where vesicles actually engulf the cell’s unwanted structures, were still found. It appears that they actually seek out the paternal mitochondria in order to actively destroy them instead of relying on a passive method of dilution.

What the research team discovered is that the fruit fly egg attracts the sperm in much the same manner as metal to a magnet. When the egg and sperm meet, the cellular vesicles in the egg disintegrate the membrane on the outer portion of the sperm and proceed to separate the mitochondria from the sperm’s tail section. These separated bits are then destroyed using autophagy methods. As opposed to other vesicles which generally perform these autophagy techniques, the egg’s vesicles were not the traditional type. They were structurally distinct from the classic types.

These findings now suggest a new and different system that combines several previously separate biological processes. These different processes might have veered from their original functions, combined, and created this new system encompassing the egg’s vesicles. Now, the discovery has been made that the egg’s cellular vesicles actively seek out and destroy any of the father’s mitochondria.

Scientists believe that this occurs not only with the fruit fly but also with other organisms with the same type of flagellated sperm which includes humans. They further believe that this discovery may be a step toward determining why the majority of in-vitro fertilization pregnancies do not result in term births. The possibility exists that IVF interferes with the egg’s ability to destroy the paternal mitochondria and renders the pregnancy nonviable. The team hopes to research the correlation further to determine this and other questions revolving around the destruction of the paternal mitochondria.