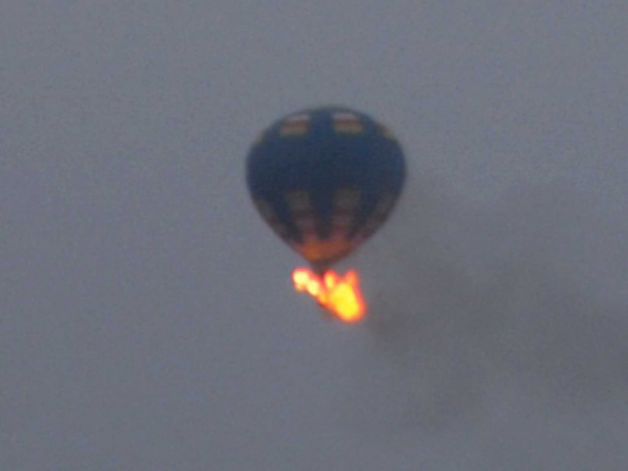 There have been two bodies now recovered  but a third victim still is missing when a hot air balloon caught fire after apparently hitting a power line during a balloon festival on Friday night in rural Virginia, stated police investigators. Virginia State Police explained that the second deceased body was discovered in a region located just to the north of where the first body had been found. A police spokesperson declined to reveal the identities and genders of the two recovered bodies.

Police detectives declared that a search continued for the third body. It was being held in an area that is considered very rural and extremely wooded. There were around 100 first responders serving as part of the search and recovery teams, which also have K-9 included as well.

Due to the time that has passed since the time of the balloon crash around 8 p.m. Friday evening, the search has officially changed from a rescue to a recovery operation. There were eyewitness reports which stated that two of the three occupants were seen either falling or jumping from the burning gondola after the balloon had smashed into the power line.

One witness stated she noticed the balloon was on fire and she could hear people screaming. She said they were yelling for anybody to help them. The crash happened close to the Meadow Event Park which is located in Caroline County, Virginia. The area is around 15 miles to the north of Richmond.

The balloon festival was set to officially start on Saturday, but was having a special opening event Friday for a limited number of individuals. Organizers have canceled all of the rest of the commemoration.

A few hot air balloons touched down safely in one witness’s yard. She stated that one of the riders in another balloon pointed up at the one that was in trouble and declared he was afraid it had something going wrong with it. As they were looking up, they saw it explode. After that, all they saw was the top of the balloon still flying, but the basket was completely gone. All of the flame has just disappeared.

Another witness in Caroline County exclaimed that she, her family and a friend were all watching the balloons first being blown up and then take off when they happened to see one in the distance that seemed to be in some kind of trouble.

She said that they all noticed a strange glowing and then they realized with horror that the bottom of the balloon was engulfed in flames. She declared it was a terrible thing to see.

Repeating: two bodies have been recovered but a third victim is still missing after the balloon caught fire.