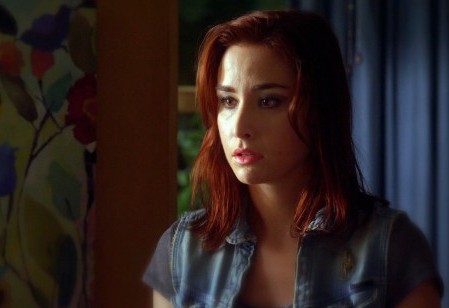 As with all “last minute reprieves,” good things must come to an end and Warehouse 13 has finished its six episode season five closure period with the finale Endless working as a recap. This science fiction mystery/drama has been called a merger of The X-Files, Raider’s of the Lost Ark and Bones. Perhaps the Lost Ark reference should have been changed to the three season long Relic Hunter starring Tia Carrere which felt like a forerunner, at least in spirit, to Warehouse 13 in terms of production values and a certain amount of cheesiness.

Originally the show was to finish at the end of season four, but, fans and petitions garnered the doomed show an extension of an additional six episodes. In reality the science fiction show seemed to take a page from several different older shows. In a sense some of the plots could be compared to Quantum Leap, sans Sam Beckett with perhaps a nod and a wink to the 1966 short lived series The Time Tunnel.

Granted the team of special agents had a broader scope of historical reference than Quantum Leap but as the show went on, it deviated and morphed from its beginnings, which could explain the decline in viewing numbers. By the fifth and final season, the series seemed to be mainly played for laughs. For example episode four in season five, Savage Seduction is a sort of long running comic skit. Like the show’s reference to The Carol Burnett Show using Harvey Korman’s cufflinks as a plot device. While the segment may have served some purpose as yet undiscovered, the storyline about the main characters being sucked into a Telenovela, felt an awful lot like filler.

Still, as season finales go, Warehouse 13: Endless did a good job attempting a series recap in the hour allocated. There were little snippets of each character’s “defining” moments, as decided by the warehouse, and a last chance for them to do some last minute bonding, which included the character’s of Myka and Pete finally admitting they love each other.

Therein lies the main problem with Warehouse 13, the underlying “will-they-won’t-they” storyline between Eddie McClintock and Joanne Kelly. The actors are very capable at their jobs portraying special agents who search for artifacts that have become dangerous and need to be stored in the special holding area.

Unfortunately, these two have never really had much in the way of believable chemistry despite the show’s makers insisting on making them an “item” in the program. This relationship felt forced and unnatural apart from this, the series did have many redeeming factors though.

Saul Rubinek as the OCD, eccentric and paranoiac on-site commander and CCH Pounder as the enigmatic Caretaker; Allison Scagliotti as the techno expert Claudia Donovan and Aaron Ashmore, twin brother of Shawn, as Steve Jinks all fit pretty seamlessly into the verse.

On a sidenote, Scagliotti has the beauty and presence of a young Stephanie Powers it is difficult not to watch this talented lass and fall a little in love with her and her character. Unsurprisingly, her character’s defining moment was a tap-dance duel with a load of deadly Busby Berkeley dancers from a chorus line. No one else in the show could have looked so devastating in that outfit and looked so convincing tapping her little heart out.

Back to the show’s finale, the plot itself was an odd one. Warehouse 13 is ending its tenure in South Dakota, after just saving the place from being moved lock, stock and barrel to China in the previous episode. This lack of logic really does not make any difference from the purpose of the show. Closure is needed in Endless and not just for fans of Warehouse 13. The recap of the show’s character’s finest, or defining moments, gave viewers a chance to have one last look at Pete, Myka, Claudia, Artie and Jinks in action. It also gave fans of Ms Scagliotti one last chance to see her in a split skirt. Nice.