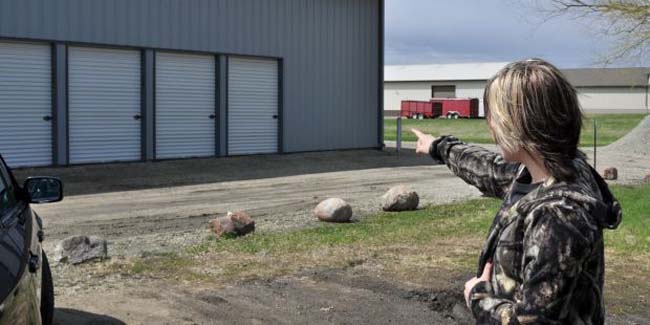 A small town in Minnesota had the scare of a life time. Earlier this week the police in Waseca, MN were notified of some suspicious activity in the neighborhood at a storage unit. The Waseca teen had planned to kill his family, and then bomb the school he attended causing a massive investigation into his activities. The plans were foiled by a neighbor who thought there was something that was just not right.

The parents in the small town are worried sick from the threat. They have never had anything like this happen in their community and are just grateful the plans were stifled. The community had a meeting where the Superintendent, Tom Lee, reassured the parents and students that it was safe to return to school.

The community meeting was packed with scared students and worried parents. In the meeting, the discussion focused on the best way for the community to look out for one another. They are looking into what happened and how they could have foreseen the plot. The teen was willing to kill his family, and plotted to kill everyone in the school, where large number of students attend.

Chelsie Schellhas and Katie Harty are the two town heroes. They were suspicious of the teen because he had walked through their yard to get to the storage unit. Schellhas and Harty watched him from out of their front window, and became more and more suspicious when the boy took ten minutes to get in the unit. They thought he was breaking in and called the police. It occurred to Schellhas that maybe the boy lived there or something and was about to go confront the teen when Harty stopped her. Probably a smart move on her part for being cautious; who knows what sort of reaction the sudden visit may have had on the teen.

Harty later said she thought maybe he was making drugs in the storage unit. They never thought that the teen was plotting a mass murder in their town. It is a quiet and friendly community that takes pride in their town.

It is unclear as to the motive the teen may have had. There has been some evidence to the fact that the boy idolized the gunmen of the Columbine school shootings. Beyond that, there is no real reason that anyone can come up with as to why the teenager was planning the killings. The Superintendent said the teenager was reserved and well-liked by his friends and teachers. There were no real signs or any behavior that would give any one a reason to think he had this planned. The teen’s grandmother said he did not exhibit any troubling behavior and that he was doing well in school.

The question that has to come to mind is how in the world a seventeen-year-old gets a hold of the weapons and bomb material. Where does the money come from? This is new to the Waseca community, but is not new to the nation. These types of crimes have been occurring almost regularly over the last ten years.

The teen was found in possession of pipe bombs, Molotov cocktails and two pressure cooker bombs, along with various firearms. The plan was to shoot his family, start a fire to distract police, and then set off bombs at the school. The pressure cookers were to be filled with shrapnel and set off near the cafeteria, and when help came for anyone injured, he planned to start shooting. The teen’s plan was to shoot and kill as many students as possible as they rushed into the hall, and ultimately be killed himself by SWAT. It was a suicide mission that was close to coming to fruition.

The plot was stopped, but the community is left in fear. Everyone is asking themselves if they missed something or if they are currently missing something with another child in their community. The truth is that no one will ever know until they know. That is a scary thought, but if someone wants to do something so terrible, they will find a way to do it.

The teen, who has lived in Waseca most of his life, had planned a mass killing at the school after first taking out his family. Thanks to the two neighbors of the storage unit, the media is not covering a story of another Columbine or worse. Some parents are considering home schooling, feeling like they just can’t take the chance of losing their son or daughter. No one can blame them, it is a scare that no one should have to go through.