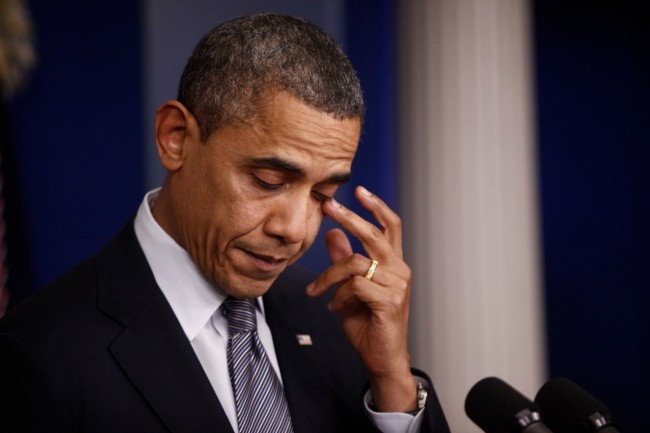 The recent swap of Army Sgt. Bowe Bergdahl for five Taliban prisoners held in Guantanamo Bay has inspired impeachment talk in Washington and beyond. Republican critics of President Barack Obama say his decision to trade the Taliban detainees for Bergdahl without the required 30 day notice to Congress violated the law. While Congress has not moved to draft articles of impeachment and the discussions may be more sound bites than evidence of actual intent, the discussion does show the depth of the discontent over the president’s decision.

Under the 2014 defense budget authorization bill, the president is required to provide Congress with 30 days prior notice of moving detainees held in Guantanamo Bay. The swap of the Gitmo prisoners for Bowe Bergdahl which is inspiring the impeachment talk occurred without any advance notice to Congressional leaders. When the president signed the bill, his signing statement acknowledged that he would exercise his role as Commander-in-Chief to conduct any negotiations regarding detainee releases in expeditious fashion, which probably gave him the wiggle room to undertake the transfer without violating the law. The White House contends that the imminent danger to Bergdahl necessitated fast action. Even though Bergdahl was captive for over almost five years and a deal for his release was being brokered through the government of Qatar, which apparently had the ear of Taliban leaders, the situation was deemed too dangerous to follow the notice procedures.

President Obama has faced a firestorm of criticism over the Bergdahl swap. Former U.S. Representative Allen West wrote a letter to Speaker John Boehner and Majority Leader Eric Cantor calling for impeachment based on the release of the Taliban leaders. Although the U.S. received assurances from Qatar that the released prisoners could not travel for one year, critics are skeptical of the arrangement. Given the U.S. war effort in Afganistan was designed to remove terrorists as a threat, releasing known Taliban leaders is viewed by many as a contradiction to the war effort. Military leaders were generally opposed to the swap, but some have acknowledged that the Taliban detainees had been in captivity for over 10 years and may not be the same threat they once were.

The criticism does not relate only to the failure to give notice to Congress, the U.S. government has previously stood firm in a refusal to deal or trade with terrorists. To some degree, the stand against negotiation has been softened as it relates to the Taliban. The group ruled Afganistan prior to the Twin Towers attacks and provided a safe haven to Osama bin Laden. They supported his desire to bring down the U.S. government by any means possible. Nevertheless, the group has a major presence in the sparsely populated country and wiping out the Taliban has not been possible. Similar to the Viet Cong a generation earlier, the Taliban generally remained out of reach of U.S. forces and have been able to remain a viable threat throughout the war. The Afghan government possesses little power outside of Kabul. Much of the country is still subject to a major Taliban influence, if not control.

The trade raises fears that another similar circumstance will embolden terrorists to force the hand of the U.S. government to negotiate terms of a prisoner release or trade. To compound the criticism, several of the men who served with Bergdahl state that he was friendly with the Taliban and was a deserter who left his post. Given that several soldiers were killed in efforts to find Bergdahl, trading the Gitmo prisoners for the soldier opens a raw wound.

Although most administration critics are likely pleased Bowe Bergdahl was released, the circumstances of his release through a prisoner swap is inspiring talk of impeachment. While the Washington chatter does not yet appear to be gaining steam, the president’s opponents consider the whole scenario as another example of presidential weakness.